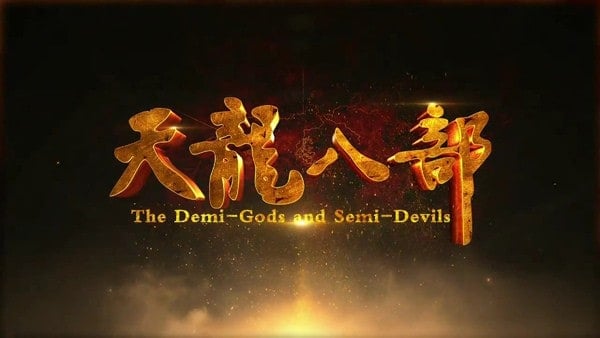 Demi-Gods and Semi-Devils is a new Fantasy/ Wu xia pian series which co stars one of the Shaw Brothers old boys, David Chiang. Also popping up throughout the series we have Leung Kar yan as “Xiao Yuanshan” and Eddie Ko as the “Sweeper Monk”.

It is produced by the companies Zhejiang Hua Ce Media and Dong Yang Da Qian Media, and directed by Hong Kong television series director Lai Shui-ching. Filming started on 10 November 2012 and the series is expected to be released in 2013.

Background
Demi-Gods and Semi-Devils is a wuxia novel by Jin Yong (Louis Cha). It was first serialized concurrently from 3 September 1963 to 27 May 1966 in the newspapers Ming Pao in Hong Kong and Nanyang Siang Pau in Singapore. The novel has since spawned several adaptations in film and television in both mainland China and Hong Kong. The novel’s title has also been a challenge for translators for years. Its major characters are based on the Eight Races of non-human entities described in Buddhist cosmology, who are collectively known in Chinese as the “Tian Long Ba Bu”, hence the novel’s Chinese title. The Eight Races are: Deva, Nāga, Yaksha, Asura, Garuda, Kinnara, Gandharva and Mahoraga. In Buddhism, these demi-gods and semi-devils are ranked higher than mortals but are still bound to the Saṃsāra by their own desires. It is said that Jin Yong originally modelled each major character after one of the Races, but as he continued writing, the complexity of the story made it impossible for such as simplistic mapping.