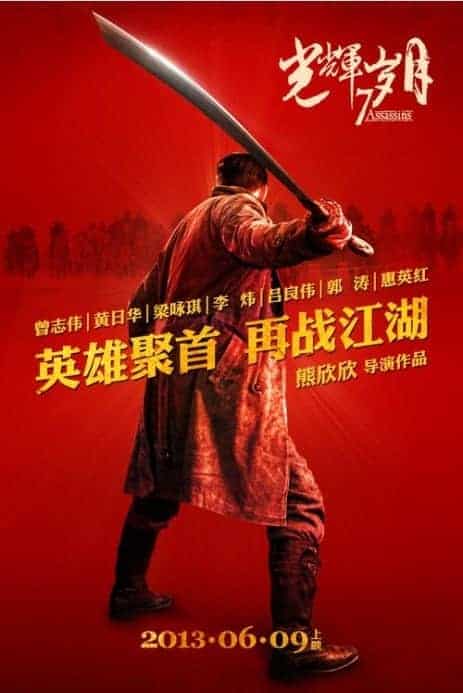 ‘7 Assassins‘ is the latest adventure action movie directed by the veteran and more-than-prolific (credited as an actor in more than 225 films) Eric Tsang. Maybe you don’t know him for his work directing ‘Armour of God’ alongside Jackie Chan, because it wasn’t credited, but there you go. One might think that having participated in an average of almost 6 movies a year since the early 70’s, knowing how to make a good movie has no merit, as anyone could get the hang of film-making with so much experience, but that isn’t necessarily true; if it were, this wouldn’t be as popular a phrase as it is: ‘I prefer his/her early work‘. I bet you’ve used it more than once. I know I’ve done. And it’s no wonder: each year films get faster, but brains get slower; new technologies sprout every other day, but new neurons are evermore scarce… and growing up doesn’t guarantee a milder ego, either. But Mr. Tsang seems immune to all that tribulations and manages to put together a surprisingly well-balanced adventure movie that combines a sense of magical ancient saga and harsh almost western-like frontier tale.

The story of ‘7 Assassins’ is set against a troubled historical background: western influx (and interests) caused some violent uprisings in a drought-stricken population years before the movie events (the ‘Boxer Rebellion‘), triggering even more political stress among wannabe rulers, has-been rulers and the people. A bunch of defeated renegades from those days find refuge in Huang Jin Xia, a secluded town so hard to find they can live isolated, purposefully ignoring all the politics and conflicts of the outside world. Everyone gets along, even a christian priest and “Boss”, Tsang’s character, a warrior that, in fact, fought against foreigners and Christianity in the aforementioned rebellion. An almost idyllically peaceful community… until something worthy of making a movie about happens, of course.

And that “something” couldn’t be an easier to understand motivation: gold! But wait, our hero group isn’t a pack of avaricious tightwads, no, no. The gold was initially stolen to defray a brand new revolution! The good one, the last one, we promise. We learnt our lesson from the Boxer Rebellion: this time we’ll kick as well. Below the belt if necessary. Tit Wan (Felix Wong), a revolutionary, steals it, Ma Tianhong (Hong-Jie Ni) captures him, but Prefect Cheuk (Ti Lung) defies the Prince (Ray Lui) orders and releases Tit (curb that giggle), sending him out to Huang Jin Xia for protection. The hunt begins, violence ensues. And a beautiful violence it is, may I say, as fortunately fiction allows us to enjoy.  Only in anime I’ve seen bigger swords (although oddly enough, they pour almost no blood). And this historical period had incipient rifles, machine-guns and, being China, gunpowder galore, so ‘7 Assassins’ does have a satisfactory amount of explosions…

But, does it work? I’m writing this alone, so I’b better answer myself: yes, it does. Despite having a jumbo cast, a standard feature-length packing a good lot of relational sub-plots and a death toll that could rival a Shakespearean tragedy adapted by George R.R. Martin, I not only wasn’t desensitized, but even somewhat touched a couple of times (and no, there are no cheap-shot animal killings… if you don’t count war horses, that is). ‘7 Assassins’ doesn’t aim to be realistic at all, but you don’t have to completely believe a character to “get” him or her. And, in all their glorious simplicity, anyone can get this group of bigger-than-life banished forced heroes: they are the good guys. And we want the good guys to win, so we care, so we let immerse ourselves in the story.

Interview with Sky Wang: I actually didn’t choose this project, because the project chose me, in a way

The Adventurers (2017) by Stephen Fung