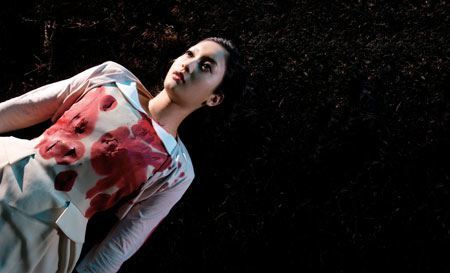 This particular movie is based on the fourth novel of Kanae Minato that becomes adapted into a movie, after Confessions, A Chorus of Angels and Penance, making it obvious that the practice is a definite recipe for success.

The story begins with the discovery of a stabbed and burned corpse in the woods, which is subsequently identified as the beautiful Noriko Miki, an employee at a company manufacturing cosmetic products. Yuji Akahosi, who works at a TV station and has a blog writing critiques regarding restaurants, receives a phone call from a friend of his, Risako Karino, who was a co-worker of the victim.

She discloses information concerning Noriko and another co-worker, Miki Jono, who, according to her, is the prime suspect. She asks Yuji not to leak this data, however he, being a twitter fanatic, has already spread the rumors. 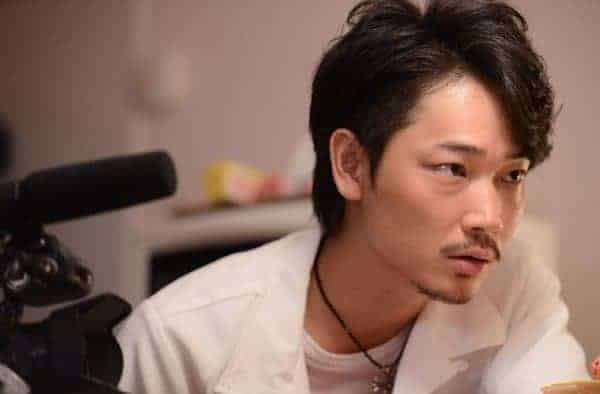 Yuji, who perceives the case as a scoop that could lift his career, proceeds in investigating the case, by taking interviews, with their permission or without, by employees at the company, who paint a rather bleak portrait regarding the suspect. The interviews are presented in a broadcast of his channel, in a way that incriminates Jono and brings fame to Yuji, who subsequently proceeds to interview individuals in her hometown, including former classmates and her parents. Eventually in the movie, Jono makes her own confession that sheds a different light to the facts.

Yoshihiro Nakamura splendidly directs this superb script, focusing not solely on the case in hand but also on a plethora of social subjects. The film is split in two halves; the first presents the alleged facts from the point of view of the interviewees and the second the actual story, in a straightforward way. I quite enjoyed the presentation technique through interviews that appears similar to a documentary; however, the almost constant tweets appearing in the screen are tiring and confusing, especially considering that their translation also shows on screen, hiding the action and meddling with the other subtitles. Evidently though, this is a problem for the western audience.

The second half discloses the actual story through Jono’s narration, without the aforementioned techniques, thus appearing as a regular story.

The social remarks entail a large variety of subjects.

To summarize, the film makes quite a sharp comment regarding the contemporary reality in Japan; however, in conclusion, it sets the matter straight, up to a point at least, cherishing the concept of friendship and the genuinely Japanese ability to ask for forgiveness in the utmost humble way possible.

The only disadvantages of the script and the direction are that the case becomes a trifle exaggerated, particularly in the scene with the musician’s accident and that its duration is quite long, considering that a number of scenes are arduous and overtly lengthy. Nevertheless, these are minor flaws and they do not ruin the overall competence of the film.

The acting of the cast is adequate, in a film however, that chiefly focuses on the script and the social remarks, rather than the characters. Nevertheless, Mao Inoue excels as Miki Jono, presenting accurately a variety of feelings and behaviors. I also enjoyed the trip of Go Ayano, who plays Yuji, from mediocrity to fame and finally to the nadir of both his professional and internet social life.

In conclusion, The Snow White Murder Case is a highly entertaining movie that will cause the audience contemplate, as they enjoy the splendid script and direction.

Trailer for New Yoshihiro Nakamura Comedy “The 47 Ronin in Debt”

Film Review: The Foreign Duck, The Native Duck and God in a Coin Locker