The Asian Cinema 100 list was released last year at the BIFF (Busan International Film Festival), which marked its 20th anniversary with a poll of prominent Asian filmmakers and international critics of Asian film, who were all asked for their top ten of all time.

The 15 Korean films are listed below in rank order: Did your favorite make the cut?

Featuring a powerful femme fatale character, it was remade in 2010 by Im Sang-Soo.

“The tranquil beauty of a Korean Buddhist monastery is no match for human cruelty in the stunning Spring, Summer, Fall, Winter… and Spring.” — New York Magazine.

Directed by Kim Ki-Duk, it takes place within and around a small monastic raft floating upon a lake. 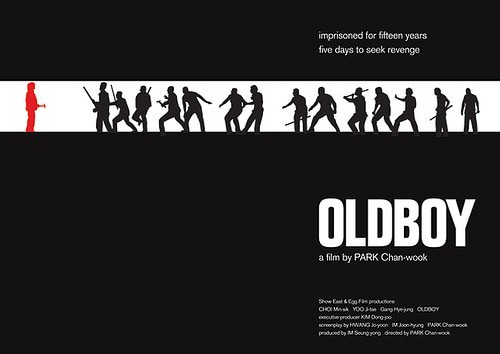 “Like Shakespeare’s Titus Andronicus with chopsticks, this Korean thriller is a modern Asian answer to the Elizabethan revenge tragedy.” — BBC

“Park’s camera tracks along the narrow corridor watching the pitched battle in profile, right-to-left, like a video-game graphic or a Bayeux Tapestry of urban warfare: another extraordinary coup du cinéma.” — The Guardian

“Perhaps the best moment is the deeply strange semi-stylised “dancing” tableau at the very beginning of the film, which is to find its own resonance later on. It is exotic, bizarre and challenging. Is it a dream? Or in some fantastical sense actually happening? And what kind of film can follow this? What kind of genre could absorb it?” — The Guardian

Directed by Im Kwon-Taek, it follows a family of three eking out a living by performing pansori.

“Your pansori is smooth, but it lacks han (a deep-rooted feeling of sorrow)… You have experienced more than enough pain, but your pansori doesn’t express it.” the father tells his daughter.

Seopyeonje luxuriates in the spectacular landscapes, coupled with pansori.

Directed by Lee Chang-Dong, it revolves around Mija, a 66-year-old raising her only grandson, and begins with the revelation that her grandson has been involved in the death of a girl who is first seen floating face down in a river.

“A remarkable Korean meditation on the the nature of life, death and memories.” — The Guardian

Directed by Im Kwon-Taek, it follows the differing lives of two Buddhist monks who roam the national landscape in their quest toward enlightenment.

Mandala is considered to be Im’s breakthrough as a cinematic artist.

“I want to go back.” exclaims the man, as the train approaches.

Directed by Lee Chang-Dong, it recounts personal and national history in reverse chronology, rewinding all the way to the Kwangju massacre of 1980, when the government cracked down on a pro-democracy demonstration, slaughtering protesters, mostly students.

Directed by Lee Chang-Dong, it is a heart-rending melodrama about the questions of grief, salvation and a provocative study of madness and faith.

“A good part of the film’s power derives from the range and intensity of Ms. Jeon’s performance.” — The New York Times

“Go away, brat!” screams the detective.”Go away, brat!” screams the kid. “Go on, get out of here!” “Go on, get out of here!” The boy’s autism — he replicates everything he sees or hears, including facial expressions and head angles — is a little detail so real and unusual that it makes the scene jump off the screen at you, come to throbbing, exact life in a stunning way. And, needless to say, you’d never see anything like that in an American film. — The Washington Post

Directed by Lee Man-Hee, who is one of the established auteurs that have largely contributed to Korean cinema history.

“It’s a beautiful reminder of cinema’s inherent empathy, a too-vivid nightmare for chain smokers, gamblers, drunks, and schlubs in general. The most straightforward people are seen as blank, institutional functionaries, like the train attendant or the gynecologist.” — The L Magazine

The New York Times: Oldboy played at Cannes, Mr. Park explained that it would be “more accurate to see my films as ones stressing morality, with guilty consciences as the core subject matter.”

“The constantly recurring theme is the guilty conscience,” he continued. “Because they are always conscious of and obsessed with their wrongdoings, which are committed because they are inherently unavoidable in life, my characters are fundamentally good people. The fact that people have to resort to another type of violence in order to subjugate their initial guilty consciences is the most basic quality of tragedy characteristic in my movies thus far.”

Hong is renowned not only for his own distinctive and unprecedented style in filmmaking, but also as an impromptu auteur who begins production with a brief treatment and writes the dialogue for a certain scene on the morning of each shooting day. 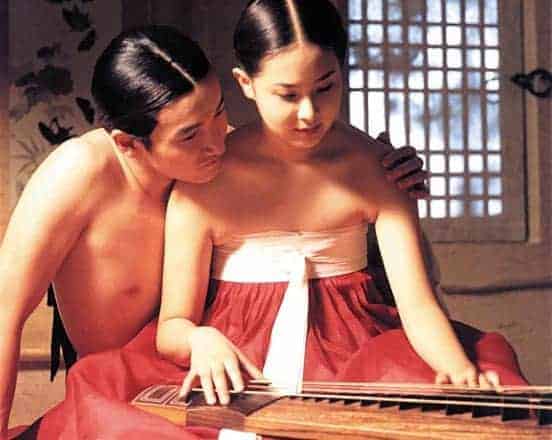 Directed by Im Kwon-Taek, who has a knack for imparting a strong sense of Korean culture.

Chunhyang’s most breathtaking strategy is to frame the narrative as performed by a pansori singer, which freshens the fable.

A popular thriller about the plug-ugly creature with the petaled mouth and prehensile tail that emerges from the Han River in Seoul and attacks those unlucky enough to cross its path.

The New York Times: “Every so often it spirals into a back flip as gracefully as a prepubescent Romanian gymnast or drops into the water like a knife, scoring a perfect-10 dive.”

“The Host is a cautionary environmental tale about the domination of nature and the costs of human folly, and it may send chills up your spine.”

Thoughts? How many of these have you seen? What else would you add?