Based on the true, unsolved  case of the first serial killer ever to appear in South Korea, the film begins in October 1986, when the deceased body of a raped woman is discovered in a ditch next to a field. A little later, another similar body is discovered. Two local detectives, Park Doo-man and Cho Yong-koo, are responsible for the investigation, but are obviously out of their depth, since it is the first time incidents of that magnitude have occurred in the area. The rest of the local police department is also equally incompetent, since the officers that arrive at the crime scene cannot even prevent the citizens from stepping into the crime scene until the arrival of the coroner, a fact that ruins any possible evidence. 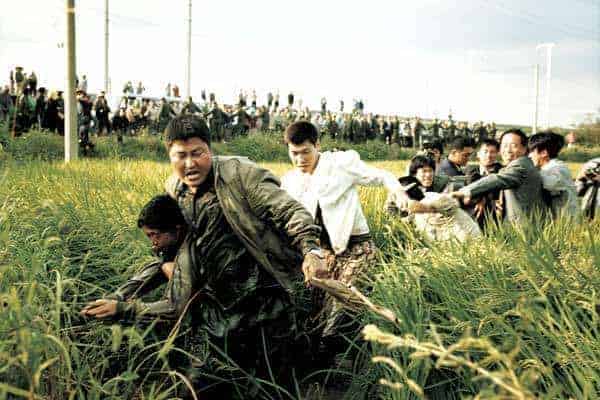 Detective Tae Yoon arrives from Seoul to assist them and subsequently proceeds to eliminate the accusations for two individuals that the local police officers have forced to confess, with a mentally handicapped local named Baek Kwang-ho being among them. Furthermore, he discovers a clue that no one has noticed up to that point. Their combined investigation remains fruitless for a long time, while the local society grows restless due to the local detectives’ tactics.

Bong Joon-ho directed and wrote the script sublimely, mostly focusing on portraying the facts as accurately as possible. Equally excellent is the depiction of the antithesis between the local simpletons and the “intellectual” from Seoul, which is presented with intense humor, without depriving the film of its seriousness, though. Additionally, the rendering of this particular troublesome era in Korean history is also utterly competent.

Song Kang-ho as Park Doo-man proves once more why he is considered one of the top actors in the country, with his talent of being entertaining while cursing or hitting people becoming largely evident here. His biggest achievement lies with the fact that he manages to make a truly despicable character, since he is a rude, violent simpleton, seem likeable. 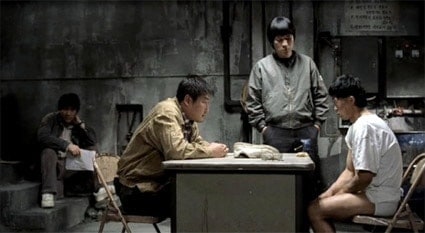 Kim Sang-kyung is also great as Seo Tae-yoon, with his biggest achievement being the metamorphosis from an individual who is “smooth” and detached from the tactics of his colleagues, to a thing much worse, due to his growing despair for his continuous failure. The scene outside the tunnel is the one where the fact becomes more evident.

Of equal competence is the performance of the secondary characters, particularly of Park No-shik as Baek Kwang-ho, who even acquired his own fan club after this film, of Kim Roe-ha as Cho Yong-koo, wtih his spectacular dropkicks, and of Park Hae-il, in a role I will not reveal.

The cinematography by Kim Hyung-ku is spectacular, presenting images of rare beauty from the everyday life in the rural Korea of the 80’s. The film holds the record for the most shooting locations in the country, in an effort to portray the circumstances of the era as realistically as possible.

“Memories of Murder” is a definite masterpiece, one of the films that established S. Korean productions at the top of the crime thriller genre.