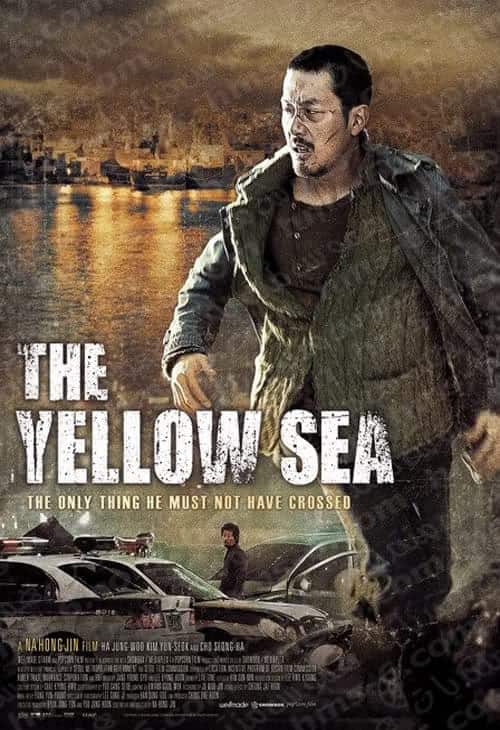 After the true masterpiece that was “The Chaser”, the sole question regarding Na Hong-jin was if he could continue as well with his next film. “The Yellow Sea” provided an answer.

Gu-nam is a truly weather-beaten ethnic Korean who lives in China and works as a taxi driver. His obsession with gambling has led him to owe a large sum to the local mafia, who takes a big proportion of his already mediocre income. His wife, who has gone to work in South Korea with the ulterior motive of sending him money, has not contacted him in a long time and he thinks she has abandoned him.

Not being able to provide for their daughter, he has left her with his mother, a foul-mouthed woman who constantly curses at him. Eventually, he is fired and the mafia takes the largest part of his compensation.

Being utterly desperate, he agrees to the proposal of local mob leader, Myung-Ga, to kill a man in South Korea, in order to erase his debt. However, the case becomes complicated when a South Korean gang headed by Tae-won gets involved with his mission, while Gu-nam is also set on finding his disappeared wife.

Na Hong-jin maintained he re most of the elements that made an impression in his debut, by incorporating great characters, desperation and agony, and impressive fighting scenes. The latter benefit the most from the impressive cinematography, which additionally presents artfully the surroundings in both China and Korea, and the fast editing.

Gu-nam’s transformation from a fate-beaten, poor individual to a bloodthirsty murderer is the most impressive element of the film, an accomplishment that benefits the most from Ha Jung-woo’s performance. Regarding the characters, the sole flaw lies with Tae-won, who must be the most scared crime boss ever to appear on screen, thus resulting in a highly unauthentic persona.

Ha Jung-woo, who also starred in “The Chaser” gives another great performance, either as the poor guy or as the bloodthirsty vigilante. Kim Yoon-seok another of “the Chaser,” proves once more that he is one of the best Korean actor for portraying evil characters, giving another impressive performance. Jo Sung-ha is adequate as the anxious kingpin Tae-won, although, as I said before, his acting does not suit his character. My impression though, is that Na Hong-jin asked him to act in that fashion, so the fault is not entirely his.

Besides this minor objection, the other flaw of the film is that it was very difficult to reach the standards of “The Chaser,” and despite shooting a very good film, Na Hong-jin inevitably failed. However, “The Yellow Sea” is a very entertaining film, whose 157 minutes provide a great spectacle.