Win a Blu Ray copy of Well Go USA’s Kill Zone 2 with Tony Jaa and have front seat to one of the most exhilarating actions films out this year!

Tony Jaa is absolutely stupendous as an humble prison guard who is simply trying to earn a living and care for his sick daughter.  Caught between a rock and hard place, Jaa finds himself at odds with himself and a whole league of bad guys who are out to get him as he tries his damnedest not to lose himself to the temptation of desperately needed money. 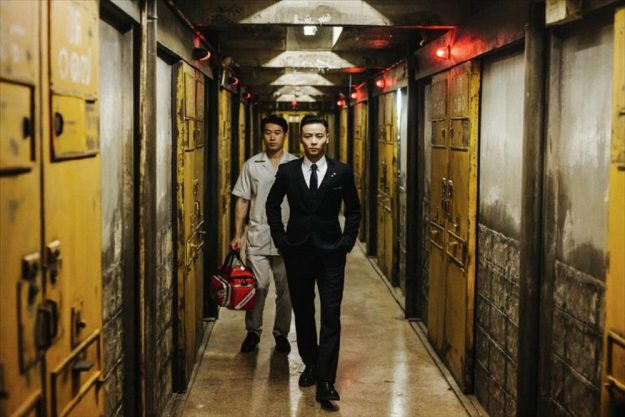 Jaa’s nemesis, played by Max Zhang, is  like a powerful and deadly typhoon in every scene. Even when he is just talking, the man is terrifying. He swoops in on both Jaa and his co-lead, Chinese mega martial artist  and star, Wu Jing, with amazing speed and accuracy as if each encounter were not carefully choreographed but just happened out of nowhere. Zhang, whom is no stranger to martial arts action himself, stands strong against our two powerhouse heroes giving them both a wild run for their money.

Kill Zone 2 brings the pain and nobody’s exempt. There is just blood and more blood. I once named Donnie Yen the king of my martial arts kingdom. Well, Tony Jaa is definitely the Duke. This man is royally savage in the beat downs he delivers and it’s so beautiful to watch.

Wu Jing is not only an excellent martial artist, but also a fantastic actor. He delivers his emotional scenes so passionately that one could almost forget the down right scary accuracy of the blows  he delivers.

And if the movie is not enough to quench your thirst for nonstop action, the Blu Ray also comes with several exciting bonus features including deleted and behind the scenes clips.