A kind of peculiar entry in the grotesque thriller category, as it makes an effort to “justify” a man that kills pregnant women taking away their unborn babies. 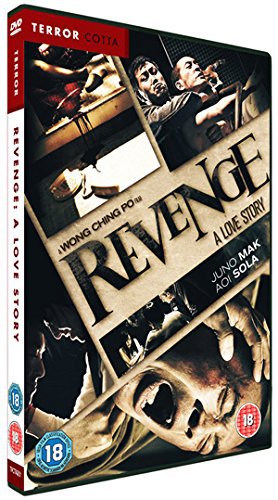 The film starts with this particular man, Kit, performing the aforementioned action on cop’s wives and subsequently, killing their husbands. Eventually he is caught while trying to get away from a crime scene and as he is interrogated in the police station, the film makes a flashback to the past to explain his life story. Months earlier, Kit was selling steamed dumplings in front of a small neighborhood grocery store. Eventually he meets a young woman named Wing, which is actually a mentally challenged high school girl. The two of them form a relationship despite her grandmother’s protests and after some time they run away. Not having anywhere to live, they end up in a prostitute’s apartment where an awful occurrence takes place involving a cop, with the two of them ending up in prison, as the police considers her a prostitute and him a violent criminal. Things take a turn for the even worse, since the police officers rape Wing and brutally torture Kit.

Wong Ching-po directs a film that revolves around two, obvious, notions. The first one is violence, which is everywhere in the movie and grotesquely depicted, either sexual against Wing or between cops and Kit. In that aspect, there are some original and ingenious sequences, as the one at the gas station, in one of the most impressive killings I have ever watched. Some minor scenes that show the romance between the two protagonists are definitely not enough to tone down this element.

The second one is the depiction of the police, with all its members presented as corrupt, violent, and utterly immoral individuals that take advantage of their position to indulge their onerous desires. Due to this fact, Kit’s actions are not justified, but cannot be characterized unreasonable, too. The ending sequence may be impressive, shocking  and unexpected, but it is actually totally out of place, and if there is meaning beneath it, it eludes me. In terms of general aesthetics, the film is obviously a b-movie, despite the somewhat polished production values, where almost every aspect is there to provide a background to the violence, although this background is a bit “deeper” than usual.  Wong provides two messages: the cycle of violence never ends, and that revenge can make people go to extremes in order to satisfy it. However, although revenge is definitely the main subject here, it is not actually examined, as it simply provides a background for the violence.

In terms of production values, the film features impressive cinematography by Jimmy Wong, with the depiction of both the interiors (which is usually where the onerous sequences take place) and outside, with the scene with the hunting in the thick vegetation and the one in the fields being the most impressive.

The pair of the protagonists are quite good in their parts, although Juno Mak as Kit evidently stands on a level above Sora Aoi as Wing. Mak is quite impressive in his transformation from a somewhat naive young man who falls in love, to a relentless vigilante that is determined to stop at nothing in order to exact his revenge. Gorgeous Sora Aoi is functional in the role of the helpless victim, but it becomes obvious that Wong cast her in order to take advantage of her AV video past in Japan, in a role that very few Hong Kong actresses would agree playing. 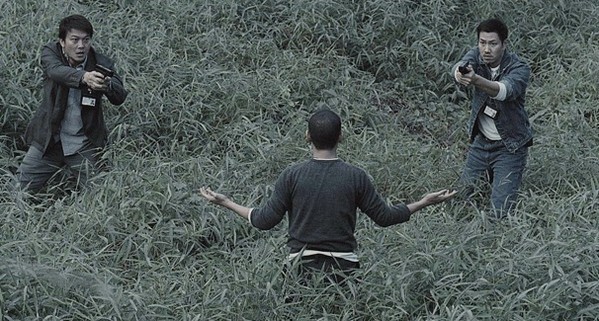 “Revenge: A Love Story” is actually a polished CAT III film, that will definitely satisfy both fans of exploitation and dark thrillers.

The film is released on DVD by Terracotta Distribution

Celebrate The Year of the Rat with Terracotta. New Films and a big End of Line DVD and Blu-ray Sale