Malaysian action drama Mrs. K hits The Singapore International Film Festival on November 27, 2016 and martial arts lovers will be in for a spectacular treat.

Things seem to be perfectly ordinary at Mrs. K’s flawless suburban neighborhood. She lives a simple life with her husband, Mr. K, and her daughter, Lil’ K. But when an ex-cop who knows about her criminal past comes in town…all hell breaks lose. Mrs. K’s violent history comes back to terrorize her. 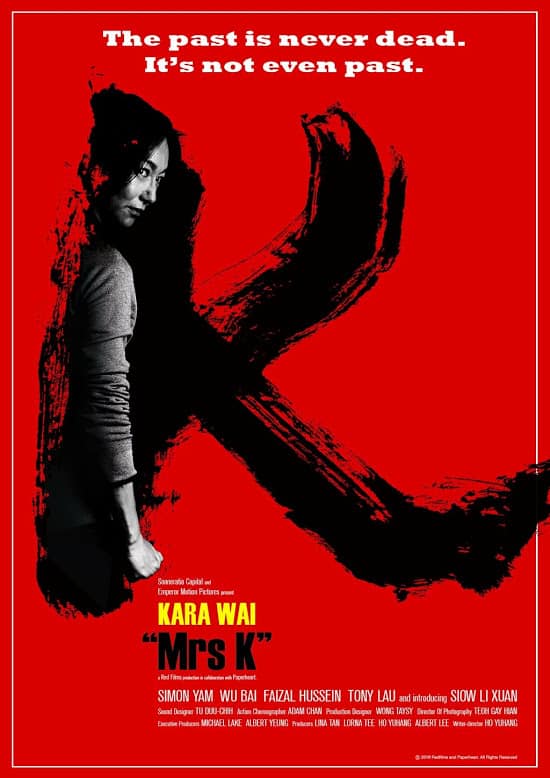 Mrs. K reunites iconic martial arts star Kara Wai with pioneer Malaysian writer-director Ho Yuhang, known for his critically acclaimed films Sanctuary (2004), Rain Dogs (2006) and At The End of Daybreak (2009). Co-written with Chan Wai-Keung, the movie promises to bring bloody thrills, while exploring the timeless drama of vengeance and redemption. It is an action packed extravaganza with engrossing character arcs. The quiet elegant housewife Mrs. K is in fact a badass heroine who will protect her husband and daughter at all costs.

Boasting an impressive cast that brings in both hair-raising action and dramatic gravitas, Mrs. K is a must watch film.

For a full list of films slated to screen at The Singapore International Film Festival, visit the official website: http://sgiff.com/.