The film is based on a true story that was first published in Shinchosha’s “Shincho 45” monthly magazine and was later republished as a nonfiction novel, written by the editorial staff of the magazine.

Shuichi Fuji is a journalist who works in a magazine. He is somewhat frustrated regarding his job, because his editor turns down his articles. Furthermore, he has some troubles at home, because his senile mother gives a lot of trouble to his wife, who has to put up with her all day, since he is constantly at work.

One day, he receives a letter from a death-row inmate named Junji Sudo, who asks to talk to someone from the magazine. Upon his visit, Sudo informs Fuji that apart from all the crimes he has been convicted for, he has committed more, not known to the police. Furthermore, he seems to blame an individual nicknamed “Doc” for them, and asks Fuji to investigate. However, since a lot of time has passed since then, he is not clear on the details. 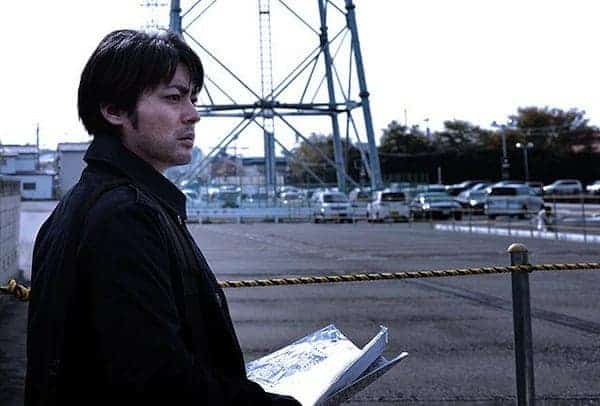 Fuji is skeptical, but decides to investigate, and soon finds out that there is some truth behind Sudo’s allegations. As a case regarding a series of murders for insurance money is revealed, Fuji has to face his editor’s decline for publishing the article, Junji’s rage, and the escalating situation at his home. Regarding the last part, he chooses to neglect the issue, which results in the disappointment and frustration of his wife.

Kazuya Shiraishi uses two different timelines to unveil the story, with the one occurring in the past, during Sudo’s yakuza days, and the other in the present, focusing in Fuji’s investigation and his meetings with Sudo. The family matter is set in the background and is not thoroughly examined. However, it shows an important part of Fuji’s character, who uses his work in order to avoid his family problems.

The timeline in the present functions as an investigative journalism film, with Fuji learning more about Sudo’s allegations by asking questions and researching the case. On the other hand, the past timeline functions as a yakuza film, even implementing exploitation notions, as exemplified in the sequence with the old man who is forced to drink to death. This series of scenes is the more grotesque in the film.

I found two flaws in the direction and the script. The first one is that Fuji’s personal story seems somewhat disconnected from the rest of the material, to the point that the film could do without at all, since it has a minor impact on the central story.

The second is that the ending sequence moves quite fast, in contrast to the rest of the film, which depicts the incidents with every detail. In that fashion, Shiraishi deprived the finale of the shocking element it could have. 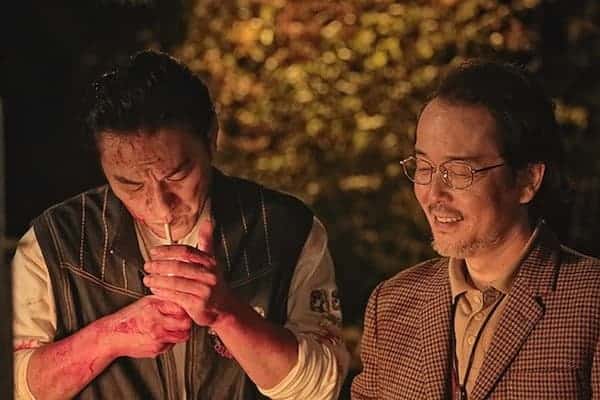 The characters, and particularly the two villains, are the film’s greatest trait. Pierre Taki portrays a true animal as Sudo, who stops at nothing in order to fulfill his purpose, with murder and rape being his most commonly used tools. However, the true devil is the “Doc,” played by Pierre Taki, a true sociopath who acts as the master of the beast. Both of them are great in their respective parts. Takayuki Yamada as Fuji portrays a character that seems caught between the facts and these two men , in a less demanding role. However, he succeeds in portraying his character’s constant angst and frustration.

Takashi Imai’s minimalist cinematography is in perfect harmony with the film’s aesthetics, since Shiraishi wanted to focus on the events, without additional efforts for visual highlights. His style is wonderfully implemented in the scenes where Sudo and Fuji discuss, with a glass between them and a police officer in the background recording everything. The attention to detail, however, becomes quite evident in the reaction of the police officer, in the scene where Sudo confesses additional crimes.

Hitomi Kato’s editing is also great, as exemplified in the elaborate presentation of the two overstepping timelines.

“The Devil’s Path” is not a masterpiece, but due to its script and acting is quite captivating, despite the fact that it entails scenes that would shock mainstream audience.