In the course of the 1960s some of Japan’s most creative and prominent film directors grew frustrated with the mainstream studios restricting their artistic freedom. This led to the emergence of the Art Theatre Guild (ATG).

The ATG quickly pulled in New Wave directors such as Nagisa Oshima, Shohei Imamura, Masahiro Shinoda, and many more. Here they could freely develop their visions as they saw fit, no matter how experimental. Another one of these directors was Akio Jissoji who, in 1970, proceeded to direct one of the ATG’s most significant and haunting masterpieces. 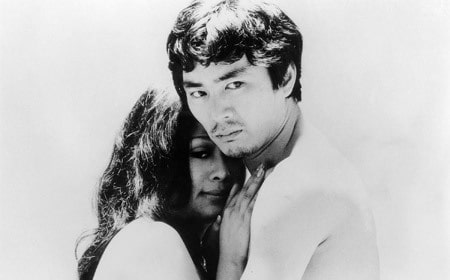 “This Transient Life” centers itself around Masao, a rebellious young man who refuses to work or go to college. He lives with his parents and has a close relationship with his sister Yuri. A relationship that gets a little too close early in the film, and (d)evolves into an incestuous affair. They keep this a secret, even after they find out she’s pregnant.

To cover it up she seduces a student living in their house and forces him to marry her. The affair between brother and sister continues in secret. Meanwhile one of Masao’s childhood friends who is a Buddhist monk introduces him to a master sculptor. Masao has always been fascinated by Buddhist sculptures. He studies and works under this sculptor, and it doesn’t take long until he gets physically involved with the man’s wife. As time passes both of these situations grow more complicated, and as secrets come to light Masao himself remains unfazed while two families crumble.

Masao is a fascinating character, expressing both nihilism and hedonism. He doesn’t seem to actually care about anything or anyone, except for indulging in his lusts every now and then. That, and the craft of Buddhist sculpture.

His actions do not seem like those of a Buddhist, however, and this leads to a confrontation between him and his childhood friend who knows about his secrets. Is Masao knowingly destroying people’s lives? Is he just guiding people’s inner desires? This film provides an interesting moral debate that is a delight to witness and surely appealed to Japan’s rambunctious adolescents at the time of release.

All the above aside though, what brings this film to a whole other level is undoubtedly the cinematography, which is… unusual to say the least. This two-and-a-half hour piece of black-and-white cinema is filled to the brim with strange angles and shots. One example is a shot of people walking up a set of stairs filmed from the rain gutter at their feet.

There are also many memorable shots where 90% of the screen is filled with either complete darkness or just scenery, the actors doing their thing somewhere in a tiny corner of the screen. There are awkward zooms, especially on the priest, his expression giving us a glimpse into his mind with no words needed. There are sweeping pans, leaving the viewer disoriented. The list goes on. All this done in black and white, with the contrast leaning heavily to the dark side.

“This Transient Life” is a prime example of artistic, unconventional, and challenging filmmaking. It pushes the boundaries in several directions, but remains coherent as a whole. Like many of the works produced by ATG this film is in a league of its own and deserves to be seen by many many more.

Film Review: Night of the Felines (1972) by Noboru Tanaka