Michiro Endo is a cult icon in Japan. Born in 1950, in Fukushima, he formed the former punk band “The Stalin” in 1980, a group with radical performances and methods of expression, which featured in Sogo Ishii’s “Burst City.” “The Stalin” were disbanded in 1985, and Michiro Endo started his solo career in 1993, giving, mostly, acoustic folk performances. In 2011, he begins the “Project FUKUSHIMA!” with various activities to support the restoration of the area after the Great East Japan Earthquake. The same year starts his Kanreki tour, to celebrate his 60th birthday. He films this tour from January 23 to September 16, and the footage becomes the backbone of “Mother, I’ve Pretty Much Forgotten Your Name.” 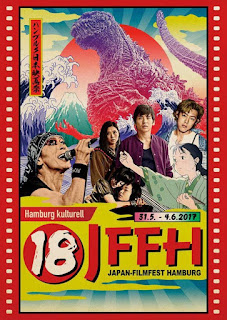 The film starts with a performance by “The Stalin” (Endo reunited them for this tour), that highlights the band’s, but mostly his, extremity. The concert involves him gasping repeatedly, rather explicit lyrics, a siren that he holds towards the audience, which has filled a kind of an underground club, a pig head, and, at the end, him throwing bloody intestines to the crowd. However, the film does not move in this direction at all, as it introduces the man behind the makeup, the loud voice, and the extremities. This tactic becomes rather evident in one of the recurring scenes that have him talking with a friend, who is also a poet, where he states that he is actually bothered by the fact that the people in the audience seem to enjoy having intestines throw at them, while his purpose was the exact opposite, to make them angry.

During his Kanreki tour, the Great East Japan Earthquake occurred, and being a Fukushima native, Endo was devastated, particularly because he could not communicate with his family, but continued performing. However, and despite the fact that he rarely visits his hometown, he started the “Project FUKUSHIMA!” to help the area.

Michiro Endo presents a succession of scenes, including ones where he speaks by himself, dialogues with a number of associates, particularly people who owned the venues he performed, but also other activists and musicians, and live performances recorded. Through this footage, he manages to analyze himself as much as possible, and in the process, presents a rather interesting individual – himself.

The highlights of this analysis is his relationship with his mother, which he identifies with his homeland, the reasons behind the fact that he does not seem to stay anywhere, but continues travelling constantly, and the moments when he tries to explain what being a singer means to him.

Another very interesting scene is the one where he meets Pistol Takehara, a singer who has also acted in films like “The Long Excuse,” who Endo considers his successor, in a way.

Futa Takagi does a great job in the documentary’s cinematography, presenting a number of beautiful images of the different areas Endo visits, and truly capturing the energy of his performances. This prowess finds its apogee in the closing concert that features “The Stalin”, which is bursting with punk energy. Izumi Matsuno and Toshiki Shima have done a great job in editing the different footages, retaining a rhythm that becomes extreme during his performances and rather calm during his other sessions. In that fashion, since the film features many scenes where he performs solo with an acoustic guitar, one has to enjoy folk or punk music, in order to enjoy the movie.

Being an autobiographical documentary, the film’s quality depends, almost exclusively, on Michiru Endo’s persona and the interest he could draw from the audience. In that fashion, through this artist, star, activist, but most of all, very sensitive man, “Mother, I’ve Pretty Much Forgotten Your Name” becomes a truly great spectacle.