Lee Sang-il has always had a different, unique approach in his films, as the fact that he is Zainichi Korean allows him to combine elements from both Japanese and Korean cinema. This trait became obvious in “Villain”, but it is in “Rage” that it finds its apogee.

“Rage” was part of the program of the New York Asian Film Festival, 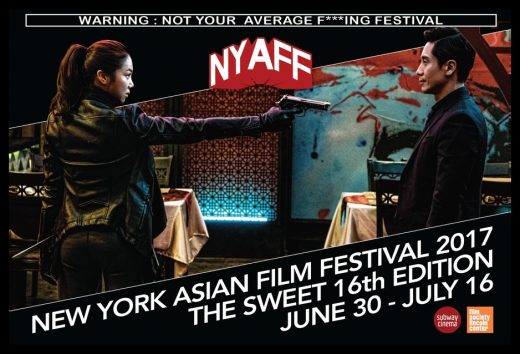 The intricate story is based on the homonymous novel by Shuchi Yoshida, (who also wrote the book that “Villain” was based upon), and uses a gruesome murder, that receives much publicity as it is investigated by the police, as its base, before it splits into three different settings.

The first one takes place in Chiba where Yohei Maki rescues his daughter Aiko, from a life as a sex worker. As both of them try to heal from the wounds of the past and to face public prejudice, Aiko starts having feelings for one of the men working for her father, a drifter who appeared in the fishing town a while ago, Tashiro. The second occurs in Tokyo, where closeted salaryman Yuma meets a young man named Naoto and seduces him. The two of them start having feelings for each other soon, despite the enigmatic nature of Naoto, to the point that Yuma introduces the young man to his terminally ill mother. The third takes place in Okinawa, where Izumi, the new girl in town, meets two men: the son of a family that runs a local inn, Tatsuya, and Tanaka, another drifter who hides in some war ruins in a small island across the coast. As the relationships between the locals and the mysterious individuals progress and evolve, the publishing of the picture of the perpetrator of the original crime changes everything and particularly these relationships.

Lee Sang-il directs an intricate drama with much depth, as it focuses on a number of social comments and concepts. Sex in its violent and abusing form is a central one, with Lee not shying away neither from the rape or the gay sex scenes. Aiko is in trouble in her “job” as she is eager to please every whim of her clients. Izumi is raped by GI’s near a base in Okinawa. The relationship of Yuma and Naoto begins with the former almost raping the latter, in one of the most extreme notions in the film, that this act can actually lead to love. Through this concept, another comment is presented, about the prejudice of society, which transforms a number of individuals into pariahs. In that fashion, Aiko’s reputation is destroyed permanently due to her former occupation, with the burden falling particularly heavy on her father, who, despite his love for her, cannot help but feeling a constant sense of shame. Izumi hides the crime committed upon her, again fearing for the social outcry, as is the case with Yuma, who presents a very different self in front of others, which even puts his relationship with Naoto in jeopardy.

Trust is another central theme in the movie, and particularly the lack of it and its consequences, as presented after the images of the killers are published on the media. With this concept, a number of characters that have been victims up to that point become the “culprits”, in a series of events that highlight the characteristic of many, to assume the worse about others, even the ones they love. Another theme regards broken families, as all characters in the film come from broken homes, more or less, in an element that shows the issues the children of such families have to face.

The revelation of the perpetrator is shocking, in a very intricate fashion, that even though it is presented in an “at-your-face” way, is quite hard to believe. Rage plays a major role in this disclosure, in a number of the most impressive scenes in the film. However, and despite this intricacy, the crime is actually placed in the background, with the rest of the elements I referred creating the central theme, and the crime functioning just as a base.

At the same time, Lee Sang-il uses an unusual narrative, where the thoughts of the characters are presented on screen, particularly in the beginning of the film, and with the setting and protagonists changing constantly. The latter technique benefits the most by Tsuyoshi Imai’s editing, whose work succeeds in keeping the spectator in a constant state of awareness, while preventing the many changes in the setting from becoming confusing. Norimichi Kasamatsu’s cinematography is another great element of the film, with him presenting the different settings and situations in impressive fashion, while his images of the sea are among the visual highlights of the movie.

Drama permeates the film, as most of the events move towards that direction, but Lee Sang-il avoids the reef of the melodrama with elaborateness, not lingering in these particular sequences for too long. Aoi Miyazaki as Aiko becomes a bit excessive in these moments, but in general, her performance is quite good. Kenichi Matsuyama as Tashiro presents the timid, mysterious guy in very persuasive fashion, as is the case with Go Ayano as Naoto. Satoshi Tsumabuki plays the playboy with hidden feelings with gusto, with Lee drawing much from his looks. Suzu Hirose is sweeter than ever as she highlights a combination of cheerfulness and vulnerability as Izumi. Takara Sakumoto is also good as the timid and regretful Tatsuya. The two actors that stand out though, are definitely Ken Watanabe as Yohei and Mirai Moriyama as Tanaka. The first manages to emit dignity from every pore as he presents a father at loss, who does not know who he can trust and how to help his daughter, despite his sincere feelings for her. The second presents the most impressive transformation in the film, although some hyperbole is also evident in his performance.

“Rage” is one of the best Japanese films of the last years, as Lee Sang-il highlights his improvement in all aspects, in a career I cannot wait to see how it will evolve in the future.