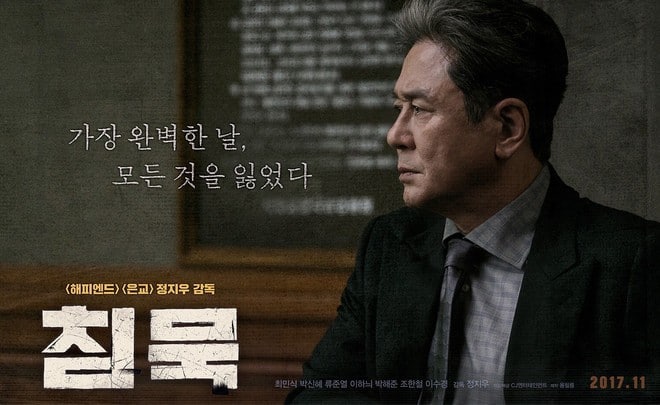 South Korean superstar Choi Min-sik’s next film will be ‘Silence’, a remake of the 2013 hit Chinese film ‘Silent Witness’ which starred Sun Honglei and Aaron Kwok. The story is about a businessman whose daughter becomes the prime suspect after his fiancée is murdered.

‘Silence’ will be released in Korean cinemas in November 2017, and you can check out the character trailers below.