2017 was a strange year for Asian cinema, after the impressive 2016, where “Godzilla”, “Your Name”, Nikkatsu’s new Roman films and the latest films by Park Chan-wook, Na Hong-jin and “Train to Busan” turned the interest of the international audience towards SE Asia, once more.

2017 has been a much more low-key year for Asian films however, giving the opportunity for productions from other Asian countries to shine, in contrast to 2016, when S.Korean and Japanese films dominated this list. So, without further ado, here are the 20 Best Asian Films of 2017, always with a focus on diversity,  in random order.

The documentary thrives on realism: no additional footage for the purpose of visual treatment, no dramatization, and in general, no elements that serve the purpose of beautifying the film. I found this tactic ingenious, particularly because the dialogues-interviews and the footage from the past (photos and videos), present the subject in a no-nonsense approach, through Jessica Lin’s editing, that benefits the medium the most, as Huang allows her audience to contemplate on the main issues, without distractions. Some comments regarding the conservatism of the old generation, which was the reason A-nu had to marry, the general approach of the Taiwanese and particularly of the new generation towards LGBT are also presented, and provide additional depth to the documentary.

Lee Joon-ik uses a very interesting and quite unusual style of narrative for such a subject, retaining a happy-go-lucky sense for the majority of the film’s duration. What is impressive is that he manages to retain this style even in the most dramatic moments, like the violence against Korean or the beatings of the anarchist group, the interrogations, the trial, even the rather dramatic ending. In a cinema such as the Korean, where the melodrama seems to be everywhere, I found this approach delightful, as it induces the movie with much humor, and subsequently entertainment, without losing anything of the subject’s gravity. Add to that some noir elements, and the fitting, jazzy music tracks that dominate the movie, and you have the backbone of the production. 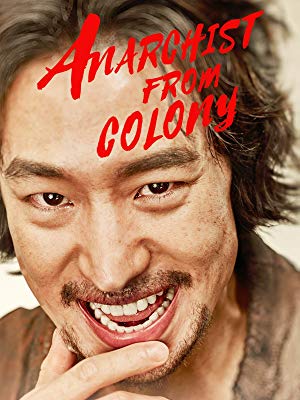 https://www.youtube.com/watch?v=R07m8KZ6Hko Andrew Wong Kwok-huen in his debut directs a film that functions as a very harsh critique of the correctional facilities in the country, particularly the ones for juvenile offenders, which are considered (as stated in the movie) much worse than those for the adults are. In that fashion, the circumstances are truly hellish, which leads many of the convicts to despair and even suicide, despite the relatively small time of incarceration (a few months). The correctional officers are portrayed as true villains, who repeatedly state that they consider the inmates scum with no chance of rehabilitation, thus justifying their despicable behaviour, at least to themselves.

Lim Dae-hyeong directs a film that moves between Charlie Chaplin and Jim Jarmusch’s movies, in a surprising combination that benefits the production to the fullest. In that fashion, Mr Mo’s laconic, slapstick-funny behaviour represents the first element, particularly in the short film he is trying to complete, while the general atmosphere of the misfits wondering around the country, drinking in bars and acting unconventionally, to say the least, represents the second. Add to that the precision that derives from each shot of Moon Myung-hwan’s black-and-white cinematography, the combination of retro and modern images, the somewhat abrupt but equally precise editing of Park Se-young-I, and the slapstick humor that puts an almost permanent smile on the viewer’s face, and you have a film that looks like a Korean version of a Jarmusch movie.

Through the four acts, Surya presents an odyssey of a woman who experiences an awakening about who she actually is and the world around her, with the end of the trip finishing a cycle in the most meaningful way, as Surya elaborately builds the sympathy of the audience towards the main characters. The movie is set on realistic premises, particularly regarding the living conditions in the country and the presentation of its culture, but some surrealism is not missing, chiefly through the concept of the decapitated corpse that seems to follow Marlina around. These moments however, provide the film with a unique sense of humor, which makes it more entertaining and “breaks” the art-house aesthetics that dominate, after a fashion.

Despite the dramatic intro, the film actually starts with a somewhat cheery tone, as Satoshi is portrayed as a book (manga) worm with no social skills, who lives a life filled with quirkiness. However, as time passes, the drama and the realism take over, as Satoshi’s situation becomes more and more dire, and he is vacuumed in a downward spiral that threatens his own life. His obsession to win, his frequent drunken stupors that have him going against everyone who seems to care for him and his health make for a truly dramatic base, and form one of the two basic elements of the film.

Jang Hoon succeeds in making the impact of the horrid events even more intense, with the scenes during the end achieving exactly that and much more. This transformation of genres is personified in Man-seop, who changes by witnessing the events, as much as the film does. In that fashion, Song Kang-ho gives a wonderful performance in a very difficult role that has him changing radically, both in behaviour and in style. Yoo Hae-jin as Hwang Tae-sool delivers his usual performance that borders on the comic but remains serious. Ryu Jun-yeol as Jae-sik exemplifies his character’s somewhat naivety, but also his courage and determination. Um Tae-goo is once more great in the role of the main villain. The surprise, though, comes from Thomas Kretschmann, an awarded German actor, who provides one of the best performances by a foreigner ever witnessed in a Korean film as Peter.

The documentary revolves around Arvind Kejriwal, and the rise of anti-corruption protests in India that led him to form the Aam Aadmi Party (Common Man’s Party), with the help of Yogendra Yadav, an academic of politics. The documentary captures the day-to-day functioning of the Party between December 2012 and December 2013, ending with the New Delhi elections. The presentation is quite detailed, as it describes the forming of the party, starting with the basics and ending with the 2013 elections, although at the end of the film, its current situation is also revealed. In that fashion, it begins with the first meetings between Kejriwal and the volunteers, and chronicles their door-to-door approach to their voters, their desperate efforts to change India starting with New Delhi, and their struggles against their well-established opponents.

Since CJ Entertainment was involved in the production, I expected one of those crime thrillers that have given Korean cinema the place it holds at the moment in international cinema, and for the most part, I was not wrong. However, Mikhail Red went a step forward, by combining Korean crime-thriller aesthetics with a sense of the supernatural (not presence, just a sense) so frequently appearing in Filipino cinema, which worked quite well in the film, as it captivates the interest of the spectator from the beginning. Furthermore, the mystery that permeates the story keeps it interesting until the end, despite the fact that, as the story progresses, the director seems to forget what he wanted to do, to the point that the ending part was not conclusive of the main story, despite the fact that the final message is rather impressive in its ambiguity. 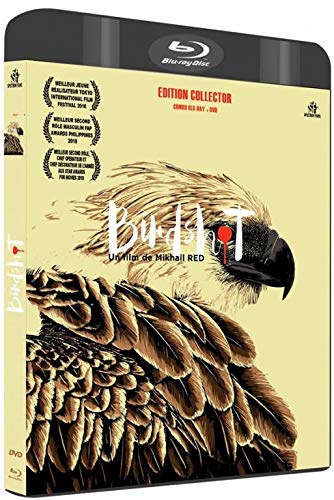 A Death in the Gunj (Konkona Sen Sharma, India)

Konkona Sen Sharma directs a film that starts as a family drama, but the sense that something bad is going to happen (which starts with the initial scene) is there and becomes more palpable as the story progresses. The “medium” of this transcendence of genres (from family drama to thriller) is Shutu, and particularly his relationship with the other members of the party. The women seem to enjoy his timid and gentle nature, but that does not apply to the men, with Nandu constantly exhibiting “tough love” towards him, and Vikram essentially never stopping bullying him. Sharma builds the tension through his character, initially through a number of scenes that present him in the brink of a nervous breakdown, to the truly shocking finale. 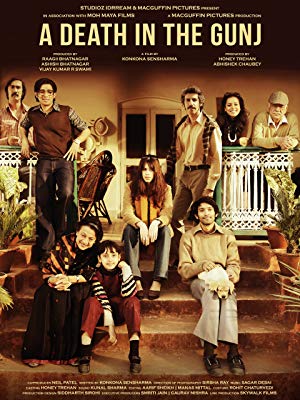 RailRoad Tigers Is the Best Jackie Chan Film in Years!

Stills from “The Legend of the Demon Cat” Released

5 movies where a table game is the main character