Well Go USA has announced January 23rd to be the release date of the film ‘Chasing the Dragon‘ starring Donnie Yen and Andy Lau. The film will be released on Digital, Blu-ray and DVD. For more information on the popular Hong Kong crime thriller see below. 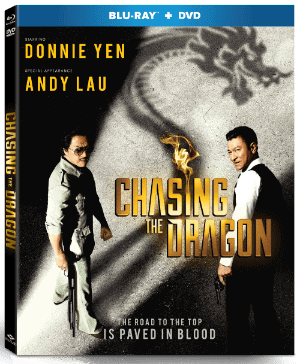 Synopsis:
Donnie Yen stars as infamous real-life drug kingpin Crippled Ho, who came to Hong Kong an illegal immigrant in 1963 and ruthlessly carved an empire from the chaotic underworld of drug dealers and corrupt police that ruled the city under notorious detective Lee Rock (Andy Lau).