Well Go USA has announced February 13 to be the release date of the film ‘Brotherhood of Blades II: The Infernal Battlefield‘ starring Chang Chen and Cecilia Liu. The film will be released on Digital, Blu-ray and DVD. For more information on the martial arts prequel see below. 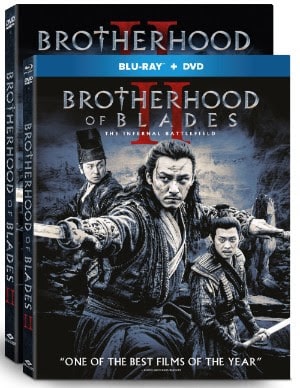 Catch Tak Sakaguchi at the US Premier of ‘Re:Born’ at IDTV Action Fest

Japanese Action Film ‘Re:Born’ to be Released on Blu-ray & DVD