In the  late 1960’s, the Wu Xia Genre was elevated to a new level of sophistication through the release of two very influential movies. The first came in 1966 with King Hu’s seminal work “Come Drink With Me” to be followed swiftly the year later, with “One Armed Swordsman”. Fifty years on the movie, and it still retains a good deal of its power despite the inevitable dating. Voted the 15th Best Chinese Language Film in a Hong Kong movie poll in 2005 and loosely reimagined by Tsui Hark with “The Blade” in 1995, “One-Armed Swordsman” remains one of Hong Kong Cinema’s most ground breaking works. 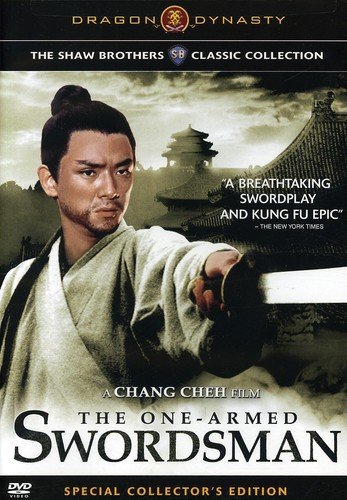 Master Chi Ju Fung (Tien Feng) comes under attack, only to be rescued by his servant who loses his life in doing so. Chi Ju Fung agrees to look after his son as though he were his own, to repay the debt. The son Fang Gang (Wang Yu) grows up to be an expert swordsman but his social status is mocked by his fellow students who cannot understand the favouritism bestowed on him. To avoid further conflict, he decides to leave, but Chi Ju Feng’s daughter Pei (Chiao Chiao), rebuffed in her advances to Fang Gang, follows with some other students into the woods. The resultant confrontation sees Fang Gang’s right arm severed and left for dead. Falling into the river, he lands in the boat of Hsiao Man (Pan Yin-Tze). Restoring him to physical health, she is unable to remove his bitterness about becoming a cripple until she gives him a Martial Arts Manual. Training his left hand to use his father broken sword, Fang Gang starts to rebuild his life. A visit to the town to the fair inadvertently leads to Fang Gang being drawn back to the Martial Arts world, and a conflict with Long Haired Devil who seeks to defeat Chi Ju Fung and assume supremacy. 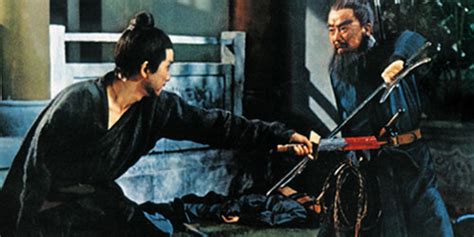 Taking influences from Spaghetti Westerns and Japanese Chanbara cinema, it particularly owes a debt to the Spencer Tracy vehicle “Bad Day at Black Rock” about a one-armed veteran and  Shintaro Katsu’s “Zatoichi” series. Indeed, in 1971, the two were to appear together in “Zatoichi meets the One-Armed Swordsman”, a film with an interesting history of it’s own. Here Fang Gang is very much a Chinese entity with an adherence to confusion virtues and whilst he is the underdog, there is little in the way of trickery that we see in Zatoichi. His is a character that audiences were able to identify with, as opposed to the usual noble heroes that had been previously seen until then (and in some cases portrayed by Wang Yu) on screen.

Chang Cheh’s strengths and weaknesses are both very much on display with his work here. The film takes advantage of the lavish studio settings and is one of Chang Cheh’s best looking productions. The occasional creaky camera shot is due to the limitations of the technology available than any real fault with the filmmakers. Tong Gai and Lau Kar Leung’s action choreography is state of the art for it’s time as they disguise the obvious limitations that the situation presents by cleverly using  cutaways to put emphasis on impact, and by under cranking the camera to make Fang Gang’s moves appear more fluid. The action is brutal and the liberal use of crimson that was to become a Chang Cheh trademark is very much to the forefront.

Like a lot of Wu Xia movies, there is a message about the inevitable futility of seeking martial arts supremacy, though it tends to be masked by the journey of Fang Gang. Wang Yu was never the greatest martial artist and his awkward fighting style makes him an ideal fit for the role. It’s his intensity in the part that makes this his finest hour. There is something very Freudian about his initial feelings of inferiority after recovering from his arm being severed, being unable to see his place in the world anymore and resigned to being a farmer. The sense that he has been stripped of his masculinity by losing the ability that had until this point, defines him. 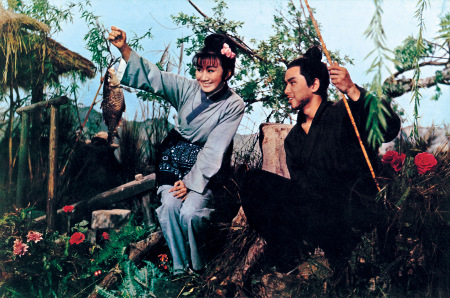 His character is constantly belittled, firstly through his social status of servant turned adopted son and then through his disability, which is designed to engage the audience’s sympathies to the point that, when he finally fights back, they are willing him on. The discovery that Hsiao Man has a martial arts manual is what sets Fang Gang back on the path of regaining his prowess, which can only be restored by confronting Long Haired Devil and his disciples, despite the outward acceptance of wanting to be a farmer and live with Hsiao Man. This is very much a Chang Cheh world, where honour and brotherhood override all else. Before he can retreat from the martial arts world, he needs the cathartic confrontation  to regain his manhood.

This leads to the movie’s one real weakness. Chang Cheh developed a reputation for misogyny in his work, something that was to significantly manifest itself the next year in “Golden Swallow”, the follow up to “Come Drink With Me” that completely marginalized Cheng Pei Pei’s central character. Sadly, it is also evident here as there is no real interest in the female roles. Pei is completely unsympathetic as a character and is the catalyst for Fang Gang’s troubles. Hsiao Man, whilst a more rounded character and nicely played by Pan Yin-Tze, is still seen as holding Fang Gang back by wishing him to retreat from the Martial Arts World. 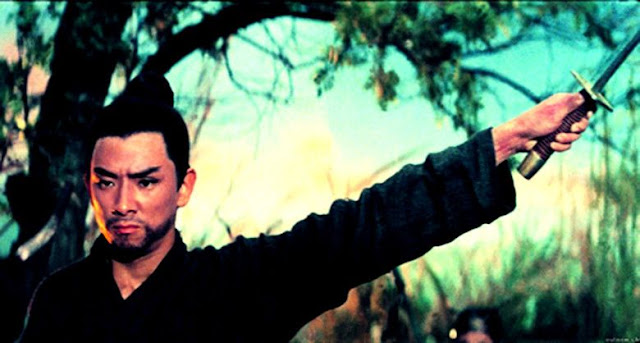 Part of the fun of the movie now is to look at the supporting cast of characters and to see some of those who were to be major players in the industry crop up in brief turns. The aforementioned Lau Kar Leung is here as one of Long Haired Devils Disciples. Yuen Woo Ping and Yuen Chang Yan appear only to swiftly meet their demise.

Whilst inevitably the onset of time has dated “One-Armed Swordsman”, it retains a power, and in spite of the misogynistic aspects, plays well. Wang Yu carries the film with a strong presence and Chang Cheh, for all his faults, knew how to direct action better than most. It’s influence on Hong Kong Action cinema cannot be underestimated and is worth checking out.