While facing off against Gorilla Grodd at Arkham Asylum, a time machine Grodd was working on, malfunctions and teleports Batman along with some of his foes and allies into feudal Japan. Having appeared two years later than the rest, Batman finds that a war is going on with Joker, Poison Ivy, Penguin, Two-Face, and Deathstroke all holding reign over different areas of Japan. With allies like Nightwing, Robin and a group of Ninjas that prophesized his appearance batman must rebuild Grodd’s time machine to return to present-day Gotham.

In order to fix the timeline, Batman must enlist the help of Grodd, but the Gorilla has his own motives. Combined with the chaotic and unpredictable nature of Joker aided by Harley Quinn, Batman has to face many adversities in order to restore the timeline. 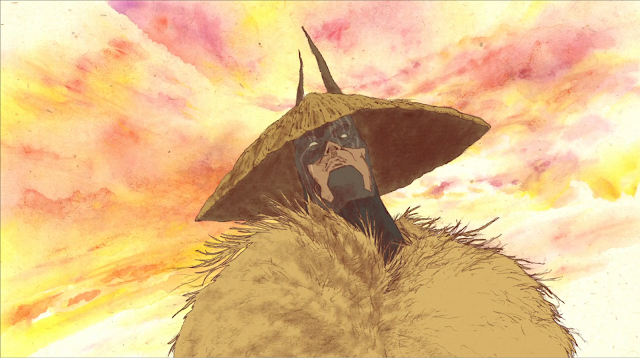 The greatest strength of “Batman Ninja” probably rests within the character design by Takashi Okazaki. With the villain design, in particular, being very stylish and a nice mix of their original look combined with some traditional Japanese design. It seems that regardless of the film’s success, they have some designs which will translate well to collectibles. The technology and mechs, which although do add some fun, I could have done without and it is unfortunate that the villain’s design is more concentrated on their mechanized forts, since it would have been nice to see more one on one confrontations between Batman’s rogue gallery.

Although the design is solid, the animation choice is a bit harder to pin down, as computer generated anime often puts fans on the fence and I have only seen a few cases where I felt it was pulled off exceptionally, and in this production, it is tolerable but far from being exceptional. The film does inject some excitement though, by switching up anime style. In particular, there is a block in the middle where everything changes to pastels and exists in that in-between where, although it is very beautiful in stills, it is a bit awkward in the animation. Regardless, this moment, combined with a few other changes in style, keeps the film visually engaging.

On my viewing of the film, I was only given an option of the English dub, given that this production is readily available to both Eastern and Western audiences and does use recognizable voice talent. I don’t really have any reason to believe that this process would have been skimped on or poorly translated, so I feel my review would be applicable to both versions but with the emphasis put on subtitles versus dubbing, mentioning which format I viewed the film it seems obligatory.

With the dub version in mind, one of my major critiques comes by way of the dialogue. “Batman Ninja” seems very poorly scripted, and the characters bring a lot of camp and failed one-liners. Batman, in particular, comes across as dull and awkward and I found myself chuckling at the dialogue, not because of intended humor but because Batman just fell flat. One of the first comments he makes is in regards to how it is odd that there is no internet in feudal Japan. He also relies too heavily on technology, which seems really forced into the story, with Batman’s tech being an interesting part of the character’s world, but those who read the comics know that he can manage without it and also goes through a lot of vehicles and tech. Because of this, it was kind of odd to hear him gripe about losing his battle armor in a moment of admitted weakness, which in itself is out of character. With the poor dialogue and a lot of groan-inducing plot devices that seem to aim at the lowest common denominator within two different genres, it is hard to figure out who the film is aimed at. As a long time comic book fan, this is a pretty poor Batman adaptation, and as an anime, it is just lacking in memorable or unique moments that propel original anime films into the spotlight. 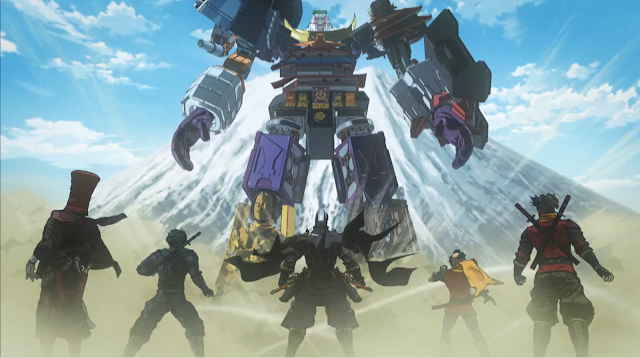 DC Animated films have gained a large cult following and for a good reason, since the animated universe produces some really good comic book adaptations. Unfortunately, I don’t think “Batman Ninja” lives up to some of their previous productions, and looking at it as an anime film, it is also pretty rife with faults that will probably keep it from gaining much popularity. The film feels like it would be most successful in a very niche market of those who enjoy Anime/Japanese culture and DC Comics.

As a long time fan of both of those things, “Batman Ninja” is a really fun mash-up that I can’t see anyone with similar tastes disliking. The majority of the audience who are likely to only indulge in one of the two genres will most likely be disappointed by the end product. The film is more likely to be an interesting side-note in the Batman/DC Animated universe and it would feel misguided to do anything with it past this production. However, with the strength of “Fan Service” in modern day pop culture, it is possible we will see a “DC Anime Universe” that will hopefully develop into something better than what this production has to offer.