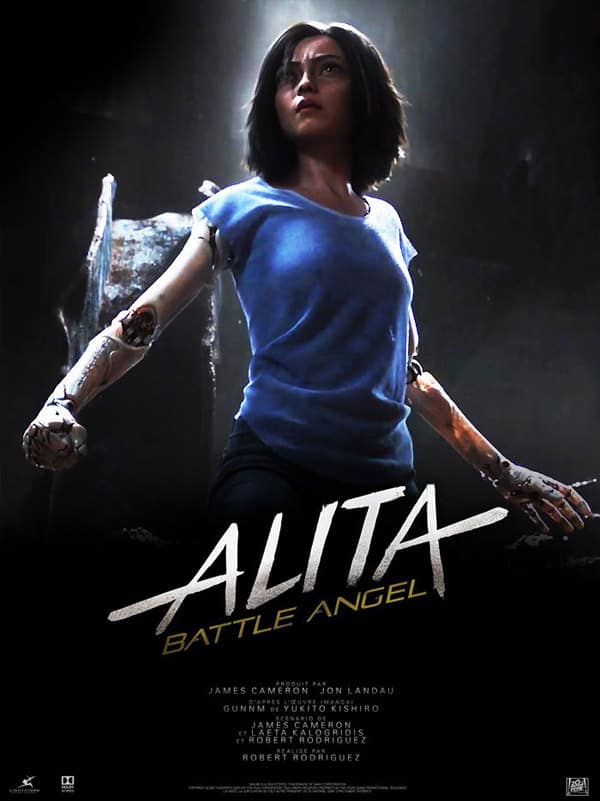 American director Robert Rodriguez (“From Dusk Till Dawn” “Once Apon A Time In Mexico” “Sin City”) next project “Alita: Battle Angel” is a cyberpunk action film inspired by the cult manga series “Gunnm”. The story was adapted in part by James Cameron, who is also co-producing the production. The film stars Rosa Salazar as Alita, the titular cyborg heroine, portraying the role through motion capture. Christoph Waltz plays the role of Dr. Dyson Ido, who acts as Alita’s creator, and caretaker.

The film is set to release December 21st, 2018, a trailer was recently released at the San Diego Comic Con.

Alita is a creation from an age of despair. Found by the mysterious Dr. Ido while trolling for cyborg parts, Alita becomes a lethal, dangerous being. She cannot remember who she is, or where she came from. But to Dr. Ido, the truth is all too clear. She is the one being who can break the cycle of death and destruction left behind from Tiphares. But to accomplish her true purpose, she must fight and kill. And that is where Alita’s true significance comes to bear. She is an angel from heaven. She is an angel of death. (IMDB)