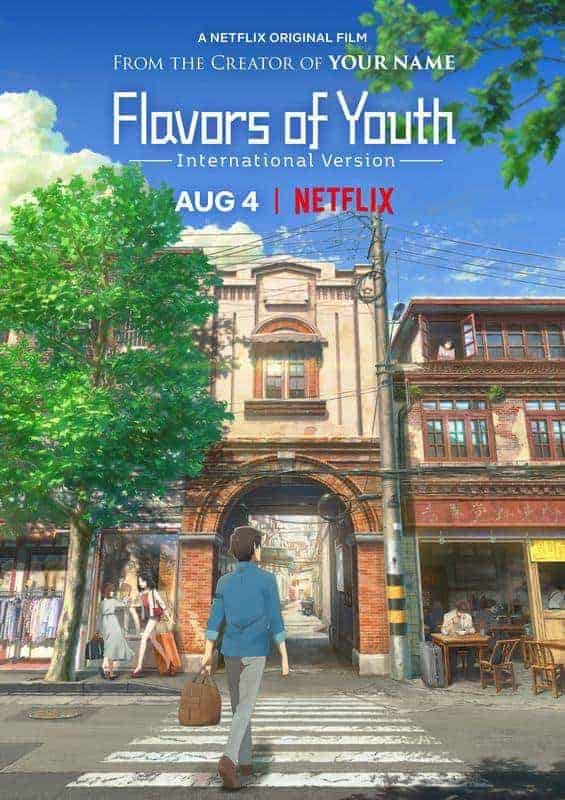 The studio behind the international phenomenon “Your Name” will be releasing a new feature-length film through Netflix streaming service. The film will be a drama/romance inspired anthology featuring three debuting directors in, Haoling Li, Xiaoxing Yi, and Yoshitaka Takeuch.

“Flavors of Youth” will be available to stream on Netflix on August 4th, 2018. A promotional trailer has been released in anticipation for the production.

From CoMix Wave Films, the creative visionaries behind the international phenomenon Your Name, comes Netflix’s new anime feature film Flavors of Youth. Told in three chapters in three cities, Flavors of Youth explores the simple joys of life through sensual memories and how the beating heart of love cannot be defeated by the flow of time. (GeekTyrant)