“Why is the world so different from what we thought it was?”

In the course of the 20th century, no other entity has perhaps changed our life as thoroughly as the re-definition of the urban sphere. From vast metropolis to the “moloch”, Allen Ginsberg’s poem “Howl” talks about the advancements in technology, industry and later on computers have changed how one perceives time and space, the urban to the rural, tradition and change. As a complex entity, the urban body has been transforming ever since, molded and re-thought, not only through architecture but also through its inhabitants who have either chose to view the city as means to an end, a dangerous maze like the protagonist in Franz Kafka’s stories or simply as signs for an ever growing capitalist world. These observations and various angles have been more or less thorough examined and repeatedly discussed but in the end the term “modern life” or “urbanization”, like so many concepts, is a surface barely touching the depth of the development that has taken place and merely lists some phenomena associated with these wordsm like a student recounting vocabulary for a test.

With regards to Edward Yang’s last movie “Yi Yi”, author Kent Jones claims how observing the city as “impersonal”, might be an adequate statement, however it remains a “state of mind”, a matter of choice. Taiwan never went through any new wave movement like so many other international cultures which would contribute to the status of man within the urban sphere, the many lives one could choose within the space and how it has changes our perception of time. Directors such as Jean-Luc Godard or Michelangelo Antonioni would inspire generations of filmmakers with techniques, new ways of shooting a film, which would utilize the relationship of character and urban space, see how man and woman had made their version of life within this modern space and time. In the home country of Edward Yang and Hou Hsiao-Hsien, the 1950s and to some extent the 1960s would still be the time of propaganda cinema, interested in “Chineseness” in favor of finding individual concepts or views. The cinema of these filmmakers which would follow, especially in the 1980s would take a closer look at these issues, while also distancing itself from the old ways of making films in Taiwan. 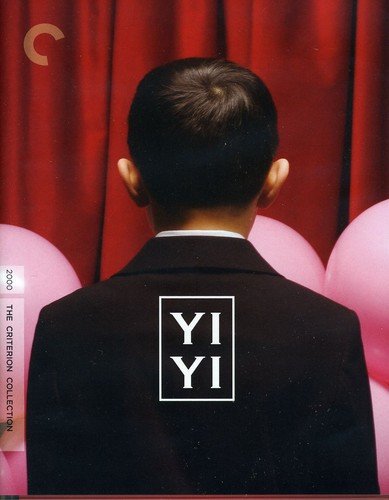 At the film’s core, the viewer follows the members of the Jian family for about a year. NJ (Nianzhen Wu), the father, whose brother (Xisheng Chen) marries at the beginning of the film, has lately been going through various discussions at the company he leads together with a few colleagues and former fellow students of his, about their economic history and possible investments. While his mind seems to be occupied with these developments, he meets Sherry (Suyun Ke), his first love, again, a chance encounter at his brother’s wedding, uncovering feelings he thought had been long gone.

At the same time his wife, Min-Min (Elaine Jin), goes through a midlife crisis seeking spiritual refuge in Buddhism and nature. Their daughter Ting-Ting (Kelly Lee) experiences first love through her new friend, the daughter of the family’s new neighbors, whose mother has been going through a divorce. At last, the young son of the Jians, Yang-Yang (Jonathan Chang) tries to understand the world of the adults around him, and because he has encountered irritation or silence when talking to them, he uses the latest gift he received from his father, a camera, in order to help him make sense of the world.

Any viewer with an open mind, patience and a sense of aesthetics will certainly have a hard time finding the right image in the nearly three hour movie, a narrative which not only covers a vast array of subjects and characters but also manages to support its contemplation on these aspects through audiovisual means. Most of the shots, as scholar Tony Rayns explains, consist of merely one master shot, usually shot from quite a distance, for example in the scene showing Ting-Ting and her boyfriend kissing for the first time under an overpass, across the apartment building the Jians live in. Almost paradoxically, Weihan Yang’s camera does not close in on this event, nor does the shot change to reduce the distance between camera and characters. The astonishing effect is how fragile the scene seems to be as the two people approach one another, as if the other might flee at any moment, or as if they feel this time, this space is the right moment for this particular action. For author Kent Jones, this scene might be one of the many examples of inseparable time, place and characters have become in the cinema of Edward Yang since the focus is on both, the tentative kiss in the foreground as well as the urban background with its noises and colors. The image becomes a unity of back- and foreground, one aspect almost unthinkable without the other.

Apart form the notion of the title meaning “individually” or being related to the beginning of a jazzy tune as Edward Yang expresses in the press notes to the film, the “city symphony” (Kent Jones) is more about uniting the different voices of the city to one fabric, if you will.

As explained before, the urban experience is as much a state of mind as love, family or faith is. The characters Yang’s film portrays, similar to his colleague Hou Hsiao-Hsien for example in “Daughter of the Nile“, go through these stages or experiences, and as human nature would have these overlap, are subject to change due to time, space and individual development. Perhaps one of the most interesting, and also quite funny examples is Yang-Yang’s heightened sense of his surroundings, one which is even emphasized through the camera. The act of photographing even the smallest of details – the back of one’s head, the mosquitoes in the hallways of the apartment building – represent not only a fascination with one’s environment but also a continuous attempt of creating context, a deeper understanding, and of course of participation. In his mind the images, the physical proof of something, creates meaning, for example when he hands his overweight uncle the picture of the back of his head replying he just wanted to help him since he, his uncle, is of course unable to see it for himself. Given the financial dilemma of his uncle and his lack of foresight, the sentence carries an even deeper, and quite comic meaning, one which NJ seems to grasp perhaps as he supports his son’s new hobby and shows repeated interest in his images.

Whereas the city is omnipresent with its neon lights and concrete walls, it never is a lifeless, impersonal space. The indicators of globalized culture – a New York bagel shop, a fast-food restaurant – are never empty, lonely places like in some movies of Chinese filmmaker Wong Kar-Wai (“Chungking Express”) but are always populated and filled with life. Again the camera is nearly always at a distance, showing the characters sitting inside the urban space creating the aforementioned unit between space and person. Their stories are linked to these places representing the different voices of the city, characters who have come to be a part of this space and thereby creating their own narratives. As we see Min-Min crying, framed in an incredibly beautiful shot showing her figure against the reflected skyline of the city at night, one understands the approach even better, as time and space have become a mirror for those feelings, solace or confirmation, all of which, choices made by the individual.

“Yi Yi” has a certain ahistoric quality throughout its narrative as well as its images. With regards to Yang’s own explanation of the title, one might think of a new beginning for these characters as they have not fully grasp their narrative, their feelings and actions themselves. Much like the beginning of a song, one is just waiting for the music, the real story to begin. However, one should also include the notion of contemplation, as for example NJ mentions when states how they would need time to “think carefully” in front of his former lover. Of course, instinct and/or romantic notions might have been more intuitive at the time, but since the stories of the present become one canvas, so do the stories of the past, just remember to also mind the back of your head. The consequences of one’s individual choices and concepts such as urbanization, globalization and media need to be thought through, evaluated individually. Creating a story, or even history should be the result of this act of contemplation, an act of care and thoroughness, one of many eventually creating the bigger picture of history.

“Yi Yi” is a stunningly beautiful film, a contemplation on many issues, ranging from love, relationships, family and death. While it might be considered a meditation of modern life, its use of visuals and characterization hint at a more unified picture of the individual and his/her surroundings, in this case urban space and time, and the possibility of what might be coming next. In the end, as we all know, if two ones create something new, then the countdown to a song has to be followed by a song, a piece of music. And we are both, instruments and voices.

Here Are the Nominees for the 11th Annual Asian Film Awards

Monster Hunt – The Highest Grossing Chinese Film Ever , Out Now in Cinemas Across North America