Let me start on some personal notes. The original “Wolf Brigade” by Mamoru Oshii and Hiroyuki Okiura is one of my favorite anime of all time, one of the very few that can match “Ghost in the Shell” in the sociopolitical, philosophical comments with intense action combination. Furthermore, I felt that Kim Jee-woon is probably one of the most fitting directors for the task of adapting it as a live-action film, although the involvement of American companies (Warner Bros and Netflix) in the production and the adaptation to a Korean setting, did not leave me with much hope for a film that would match the quality of the original. The result was somewhere in the middle, since “Illang” is not “The Last Stand” but is definitely not “Jin-Roh” neither “I Saw the Devil.” Let us take things from the beginning though.

The intro of the film sets the background of the story. In 2024, due to the harsh economic conditions deriving from the policies of China and the rearmament of Japan, the two Koreas decide to reunite. In fear of a very strong Korea, the rest of the powers in the area (USA, China, Russia and Japan) impose embargos on the country, much worsening the financial situation. Wide and violent demonstrations against the unification become a common event in Korea, while a terrorist group called the Sect spreads even more chaos, with the police being unable to respond to its extremity. In order to counter their actions, the state creates a Special Unit force specifically to deal with the terrorists. After a tragic incident involving the death of a number of college girls, the members of the unit become pariahs and are forced to wear masks in their mission.

The story begins five years later in 2029, with an attack by the terrorists during a wide demonstration, and the implementation of the Special Unit, whose members have now transformed in one-man armies, with huge hard-shell iron suits, machine guns, hand-grenades and two bright lights in the place of their eyes in their masks that are by themselves able to spread fear. Their mission ends up in another tragedy involving a suicide bomber who also happens to be a college girl. The act involves a man who was also present in the previous incident, Joong-kyeong, who still struggles with the events of the past. Soon after, the Public Security Sector is tasked with implementing the government order of dismantling the Special Force, and the latter’s head, Jin-tae, finds himself having to face an old comrade who now works for the “enemy”, Han Sang-woo. In the meantime, Joong-kyeong goes to meet the deceased girl’s elder sister, Yoon-hee. As another, mysterious force known as the Wolf Brigade comes into playa number of conspiracies come to the fore and nothing is at is seems to be.

I realize the synopsis is quite large, but almost all of the aforementioned are revealed in the first half-hour of this, 138 minute long, film, which moves quite rapidly in terms of story progression. Rapidly though it may move, but the events, the alliances and their switching, and the plot twists are so many, that is quite hard to follow the storyline, despite the fact that most of these elements are just here to provide a background for the action. In that fashion, and due to the plethora of elements, the sociopolitical and philosophical comments are not explored as much as they could, and are stripped to some pompous phrases here and there, in a tactic that strips the film of its context, almost completely.

The metaphor provided by the Red Riding Hood and the Wolf story is here and provides an interesting element, as is the lack of humanity of the people who are downgraded in killing machines in essence, with the mask that strips them of any visible human characteristics extending to their actual psychology. As I said before though, none of these are thoroughly explored and just end up as a pretext of a depth that does not actually exist. 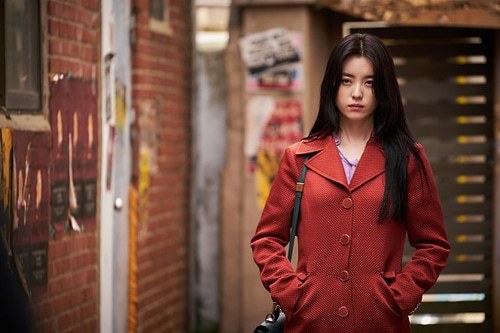 Some elements of melodrama could not but be present here, with their presentation being completely out of context, at times at least (in the finale in particular) while they are also responsible for the lagging during the end.

The general atmosphere, however, as implemented by Kim Jee-woon’s action thriller direction is impressive, with him highlighting, once more, the fact that he knows how to shoot imposing action scenes. With the help of Lee Mo-gae’s great cinematography and excellent framing, he manages to communicate the sentiments of almost everyone involved in the action scenes, mostly through tracking shots following all of the participants. This element comes in direct antithesis with the depiction of the Special Unit, who seems completely stripped of sentiment with their bulky suits, while their “red eyes” spread fear even to the viewer. This tactic finds its apogee in the scene in the sewer during the finale, where the final plot twist is revealed. Yang Jin-mo’s editing also helps the most in these aspects, with his fast, almost disorienting cuts communicating the general sentiment of the protagonists quite eloquently. Mowg’s excellent music also moves towards the same direction, while the combination of all the above ends up in a film that is much similar to Hollywood action blockbusters. 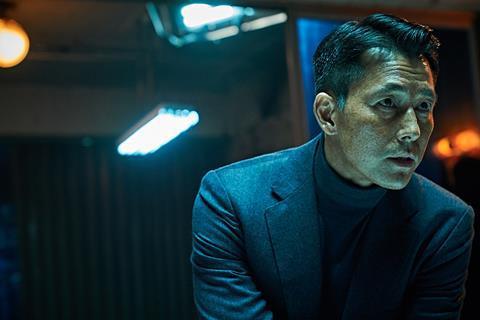 This last element is probably the reason why the action scenes and the depiction of violence in general, is quite toned down, despite the plethora of opportunities to do otherwise, thus resulting in a movie that could be easily described as tame.

The acting, despite the names involved, is on a very low level, with most of the actors, and particularly Gang Don-won, acting as robots, in a failed effort to appear “cool”. The same applies, to an extent at least, to Jung Woo-sung as Jin-tae, while Han Hyo-joo as Lee Yoon-hee is downgraded to a damsel-in-distress part, despite some efforts in the script to present her otherwise. Kim Moo-yeol as Han Sang-woo probably gives the best performance in the movie, with his downward spiral from a cocky man in charge to a completely desperate one, being very convincing. 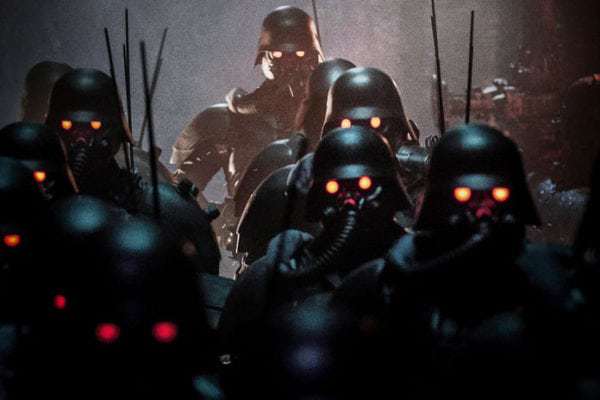 Obviously, the cast, like the elements of melodrama, the action, and the relatively big budget had the sole aim of resulting into huge commercial success. The film’s box office run, however, proved otherwise, with the movie actually failing both artistically and commercially. And I really feel sorry for this result, because Kim Jee-woon has proven a number of times that he can combine both.

To summarize, “Illang” is not a bad film, and it actually has its merits. However, it does not surpass the average, and in my book, particularly due to its specific premises (great source material, big budget, great director and cast), the movie is a failure, particularly because it could have been so much more.