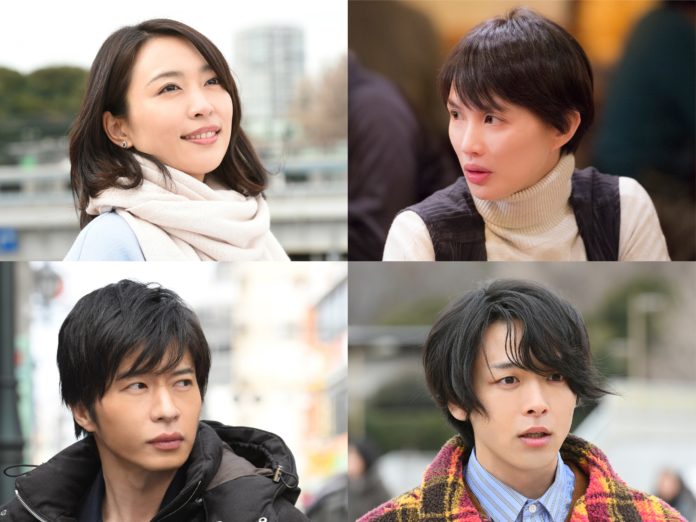 Ever heard of “Konkatsu”? No? Congratulations, because that means that you have not (yet) been part of the very popular trend of spouse hunting. An uncompromising way for women to find marriageable men. Akiko Ooku adds with “Marriage Hunting Beauty”  another quirky romantic comedy to her oeuvre. After her success hit “Tremble All You Want” (2017), Ooku presents now the wild dating carnival of a desperate woman called Takako (Mei Kurokawa).

Online-Dating and single cafès configure the playground for the manga-based plot. Being only attracted by married men, Takako is frustrated of being a mistress. Together with the help of her best friend Keiko, played by Asami Usuda (“Pumpkin and Mayonaise“, 2017), she chooses two guys with different backgrounds. Sonoki (Tomoya Nakamura), a nerdy salaryman, whose character took inspiration from TV-Dramas like “Densha Otoko”, is dumbstruck by Takako’s presence and feels like he doesn’t deserve to be around her. Candidate #2 is a dentist called Yatabe (Kei Tanaka). As a wealthy ladies’ man, he is the complete opposite of Sonoki.

In the course of the movie, Takako struggles to choose between the two men. She also starts to question the concept of marriage and Takako realizes that her moroseness leads to potentially nothing. The harder you try, the more you distance yourself from your goal. “Marriage Hunting Beauty” criticizes the urge of people to get married, just because society expects them to do. Therefore the director implements the character of Keiko, who grows desperate in her role as a wife.

The acting is good but overshadowed by an average storyline. “Marriage Hunting Beauty” includes everything one would expect from a Manga-based rom-com. Playful, light music, camera and editing are flawless, but most important two types of man that the (female) audience can root for. Overall, the movie is a light experience with little social critique and a funny insight into the modern Japanese dating scene.

Interview with Kosai Sekine: “In Japan, we kind of live in an intense atmosphere of conformity”