“The Blood of Hussain” is quite a significant film for Pakistan, for a number of reasons. Firstly, the shooting was completed just before the rise of General Zia-ul-Haq’s military junta, that actually banned the film since the events depicted had many similarities with the actual political situation. Dehlavi had to smuggle the film out of the country and leave Pakistan himself in order to finish its production in London, where it eventually premiered, while it still remains banned in Pakistan. Secondly, the main story shares many similarities with the one of Hussain, the grandson of the Prophet Muhammad, who was killed by the usurper Yazid. This element offended many Muslims, who felt that it raised the tension between Shias and Sunnis, to the point that some Islamic groups insisted on his return in order to face the consequences. Thirdly, the film had quite a successful festival run, screening in Director’s Fortnight in Cannes, and winning awards in Houston and London.

The story revolves around two brothers, who could not be more different as characters. The one we are introduced first is Selim, a man whose ties with the West are obvious: He was educated abroad, he speaks English, works as a banker, and his gorgeous wife, Katherine, is English. As the story begins, he is tasked by the general who has just assumed power, to negotiate a loan with the US, a task that seems to suit him perfectly. His brother, Hussain, however, does not share his ties with the “system” and is actually against it, to the point that the General asks Selim to tell him to behave.

Hussain works in the family farm, and is quite close with the peasants, whose interests he has repeatedly championed, thus leading to clashes with the authorities. Furthermore, in the beginning of the film, a prophet foresees that he will be a protector of the poor. As his brother’s ties with his the General, who thinks that democracy cannot work in this country, and that only Armed forces can rule, become tighter, Hussain finds himself making the prophecy true, in a series of events that eventually lead him and his “followers” to the desert. Furthermore, his direct enemy seems to be Zahid, the General’s right hand, who also carries an affair with Katherine. 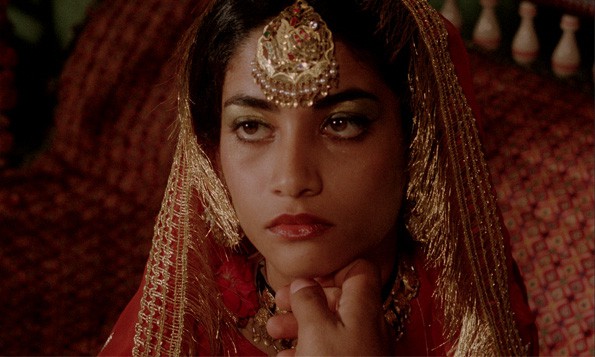 As indicated in the intro, the film works on many levels; however, the one I would like to focus on is the the character of the two brothers, their differences and their similarities, and what each one represents. Dehlavi wastes no time in showing who is the “hero” and who the “servant”, with the meeting of Hussain with the prophet and of Selim with the General,serving as a clear indication. In terms of character, Hussain is the rebel, the one who treats his “subjects” as equals and is always willing to go against the system, and believes in the traditional values of Islam. Selim, on the other hand, is the survivor, the one who is always eager to follow whoever is on top in order to sustain his status, and his values seem to be purely capitalistic. The fact that Hussain represents Pakistan and its Islamic values and Selim the West with its capitalistic ones is as evident as possible; however, the fate the story bestows on both seems to state that tragedy can touch everybody, and that there is no “right way” in life. The fact that their main rival is the same adds another level to this concept.

Dehlavi and Walter Lassaly’s cinematography is one of the film’s best assets, as it combines beauty with meaningfulness, in a number of scenes. The one with the horse rising from the ground, the scenes with the people flagellating themselves, the various action scenes, the one with the dinner, the cry in the desert in the finale, all highlight this prowess in the best way, with impressive coloring and framing. Dehlavi and Sue Kingsley’s editing is also exceptional in the way it connects the various scenes, while the sequence with the two parallel, erotic scenes is where it finds its apogee.

Salmaan Peerzada’s performance as both Selim and Hussain is great, with him portraying two very different characters with equal prowess, and in the process anchoring the movie for its whole duration. Particularly the portrayal of Hussain, who is the character most analyzed, is quite memorable.

“The Blood of Hussain” is an impressive film, particularly if one considers its age and the circumstances of its production, while its almost prophetic story and the depiction of the circumstances in the country make it a must-watch for anyone who is interested to know about Pakistan of the era.