“Something bad is happening in this house.”

In many ways, working in the film business can be paradoxical, but often quite frustrating experience. As one walks into any movie theater the omnipresence of the superhero, romantic comedy and Disney-figures signifies the kind of cultural globalization of our world. Indeed, the global village has its movie theaters, and it often feels as if they play the same film no matter which part one lives in. Of course, no one will complain too much as a bit of familiarity goes a long way, especially in a foreign country. But at the same time, there will perhaps also be a sense of something missing here, something which is unique for the part of the global village one has chosen to visit. 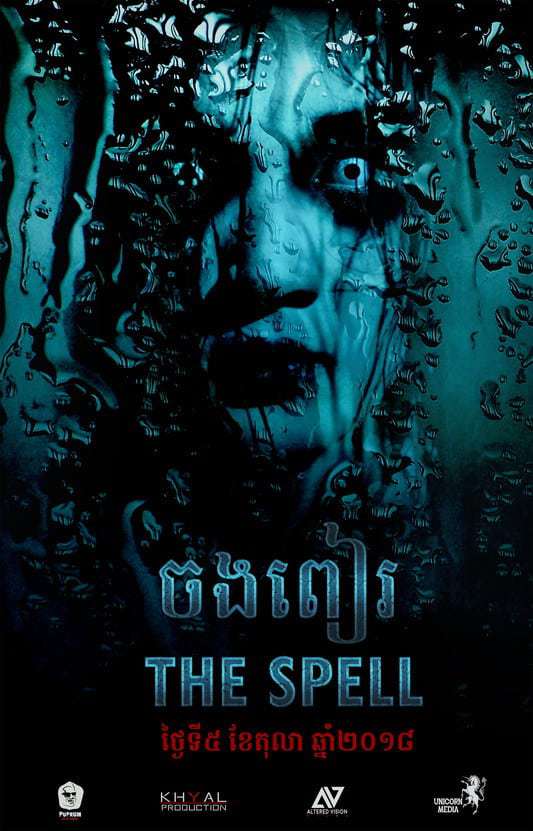 Naturally, competing with the economic capabilities of Hollywood will always be a losing game. Nevertheless, in many parts of the world, one cannot escape the kind of skepticism the domestic film industry encounters, especially when it comes to genre productions. In the end, the formula has been “invented” (even though this statement is highly debatable) in Hollywood, and for those few films in the fields of action, horror or comedy the comparison to US productions is often quite frustrating. Not in terms of quality, of course, but mostly when it comes to their box office.

Especially for directors who would like their works to be known outside festivals audiences, releasing their works in their home country (or in where live) is often risky. However, since it was also made in the country, directors such as Amit Dubey feel there may just be enough demand for their films. In this case, the Indian filmmaker might just have a more international appeal considering his last film “Mind Cage” (2016) already proved how well he moves within the confinements of a genre. While the psychological thriller clearly followed a familiar structure, it was anything but generic. Set in his home country, it explored the clash of rural and urban Cambodia as well as the psychological disruption of a family. “The Spell” is his second feature, this time a supernatural horror film, one which again is aware of its genre, but also explores similar themes as “Mind Cage”.

After years of living in the city, Nak (So Ramphoum) and his wife Thida (Thanet Thorn) move to his childhood home in the country, close to the beach. Set on starting a family, both already dream of raising their children in this beautiful environment surrounded by the jungle and next to the ocean. And while her husband is mostly working in the city, Thida has the house, mostly to herself with only Cheta (Sveng Socheata), the housekeeper, as her company.

However, soon enough strange events keep Thida awake at night. Beginning with faucets running and pools of water in the house which mysteriously disappear from one moment to the other, the young couple soon senses another presence in the house. And when the presence starts attacking Thida, the young woman realizes their lives are in great danger.

In the wonderfully photographed opening of the film, we see Thida and Nak approaching their new home. Jeremiah Overman’s camera captures the small vehicle surrounded by the green jungle, similar to Jack Torrance’s car as he makes his way to the infamous Overlook Hotel in Stanley Kubrick’s “The Shining”. Even though the setting does not have the same kind of depressing effect on the characters, Nak and Thida, nevertheless, avoid the overwhelming entity outside by fully sealing off their lives and their happiness. A rather silly guessing game in which Nak has to say the first things that comes to his mind, however, might reveal more than the young man wishes. Looking ahead, repeating how his version of being happy is starting a family in his childhood home, also confirms the fragility of this concept.

Most significantly, Dubey explores the theme of the family unit, or more precisely its disruption, even further here. Whereas the central character in “Mind Cage” already had a family of his own, Nak and Thida are beginning their own, filled with hopes and expectations. Their conviction makes the dream quite powerful, its possible disappointment a disaster for the two of them. Like so many young couples and families in horror films, the promise of a new home, a new beginning is often met with the equally strong presence of something that disturbs that promise, something that wants them to fail.

In the case of “The Spell” Dubey cleverly relies on the score by Baramey, which, combined with the atmospheric lighting, allows Dubey and his crew to create an environment which becomes more and more hostile as the film progresses.

“The Spell” is a moody, tense horror film blended with family drama. Similar to his first film, Dubey explores the themes of family, the supernatural and the distortion of the mind. Equipped with an extensive skill in setting the tone of a scene, framing it and creating suspense, “The Spell” is a worthwhile entry into the genre with many scary scenes and imagery.

The 10 Best Asian Horror/Splatter/Thriller Movies of 2018

Short Film Review: When the Rain Stops (2019) by Yui Yamaguchi