“Respeto” is the directorial debut from Alberto “Treb” Monteras II. The story follows the journey of an aspiring rapper Hendrix (played by rapper Abra). We watch him hanging with his friends, getting in trouble with local gangs, falling in love, and most important of all trying out in the local underground rap battle scene. Although this synopsis makes it sound like a conventional coming-of-age story, it is not. The tropes are all here, yet Monteras is interested in something larger than just how an individual learn to express oneself.

Respeto is screening at the exground filmfest

At the beginning of the film, it does not only introduce us our hero, but also the town he inhabits. After taunting some local young delinquents, Hendrix has to run away from them. The mobile camera follows him swiftly while we follow him zigzagging through the crooked streets and alleys. The cinematographer Ike Avellana took good care to light every corner with care. Unlike Tom Cruise will often run through spectacular and exotic sceneries in his films, through the agile movements of Hendrix and the wonderful cinematography by Avellana, we get a sense that we need to pay attention to this particular environment, no matter how unassuming it looks like at first sight. 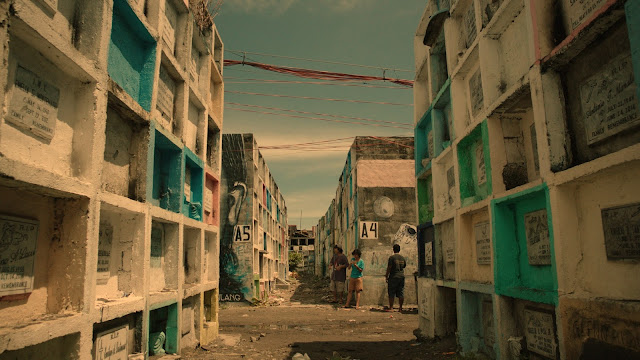 In addition to the careful rendering of the living environment, “Respeto” takes time to show us the inner life of some supporting characters. This is another way to shift our focus from the singular hero and ask us to pay attention to people surrounding him. If Hendrix is a dreamer who is seeking to make it someday as a rapper, the ex-dissident-poet Doc (Dido de la Paz) is the inverse of him. Doc can only have nightmares from the past. At another moment in the film, one of Hendrix’s friends Betchai (Chai Fonacier) is sexually assaulted by Doc’s son, a corrupted cop. After the horrifying incident, we get a tranquil scene where Betchai, Hendrix, and others are listening to music. Gradually, we hear Betchai singing to the music. It is another moment in the film where a character can express his or her inner life through art.

However, poetry and arts are not merely the means for individual self-expression; they are also the products of a nation’s consciousness. In a key scene of the film, Hendrix finds a new voice through Doc’s poetry. In a wide shot, we see him standing at the center of the frame, surrounded by friends and his mentor, Doc. Through the low-angle framing and beautiful natural lighting, the film keys us to the gravitas of the moment. As if to hammer the point home, a National Flag of the Philippines is hung on the wall in the background. Poetry has often been assigned the role of helping young adults to find their own voices. Yet unlike the young men learn how to express themselves through poetry in “Dead Poets Society” (dir. Peter Weir), Hendrix gets more out of the poems written by others. Not only does he learn to think deeper through words (perhaps about how to be a true dissident), but also reconnect with the political history of his motherland. 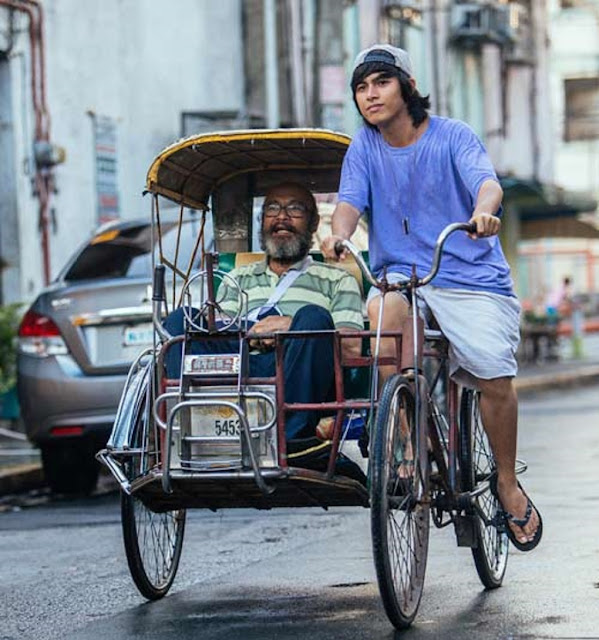 If the film only ends on this tonal register, then I suspect it wouldn’t do so well in the recent Cinemalaya film festival, a film festival dedicated to independent filmmaking in the Philippines. “Respeto” is not merely interested in expressing a (civic) version of patriotic sentiment, albeit it is a totally justified feeling; it is interested in the nature of violence, revenge, and the fate of the young Philippines generation. The narrative doesn’t give us an easy solution or facile catharsis at the end. Instead, it forces us to see the cyclical nature of violence, and guides our attention to the structural conundrum endured by both the old and the new generations.

While using a rebellious art form: hip-hop as the foundation of this film, the director won’t let the energy of the performances overwhelm the precise visual design. Monteras seems to prefer to let his mise-en-scene and camera movements to tell the story. Each shot is carefully composed. In some key moments, the director will often resort to spectacular images to create a sense of futility or loss. It is not surprising that Monteras once cited the French director Jean-Pierre Jeunet, who made the visually inventive “Amélie” (2001) as one of his inspirations.

How to explore issues raised by politics and history in film is a key task for many Southeast Asian and East Asian films recently. Infusing poetry, rap, and traumatic historical experiences into a popular genre, “Respeto” and its creator Monteras are a force to be reckoned with.

Film Review: Ode to Nothing (2018) by Dwein Ruedas Baltazar

Interview with Jet Leyco: I made “Town In A Lake” to create a statement. To raise questions.