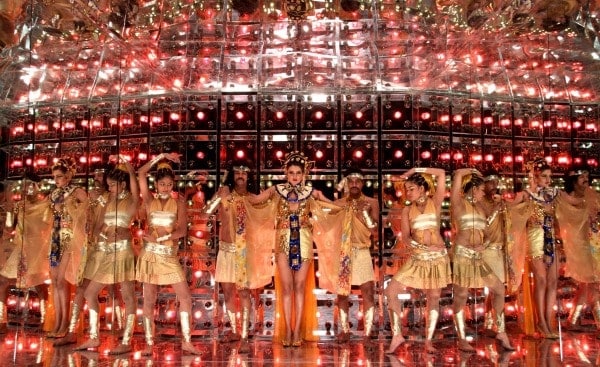 “Miss Lovely” was the independent film from India that competed in the Un Certain Regard section of Cannes Film Festival in 2012. 2013 was one of the best years of the Indian history of independent cinemas.Even though the Indian independent cinema collective has made its presence felt in the beginning of 2000 itself, they were made to stay away with bowed heads out of an imposed inferiority of untouchability. However , the decisions of the national film award juries of 2013 brought them to the front rows.That year, Anand Gandhi’s “Ship of Theseus” was selected as the best film and Ashim Ahluwalia’s  “Miss Lovely” got the special jury award for best film. These two films respectively got the award for the best female actor in a supporting role and best production design also. 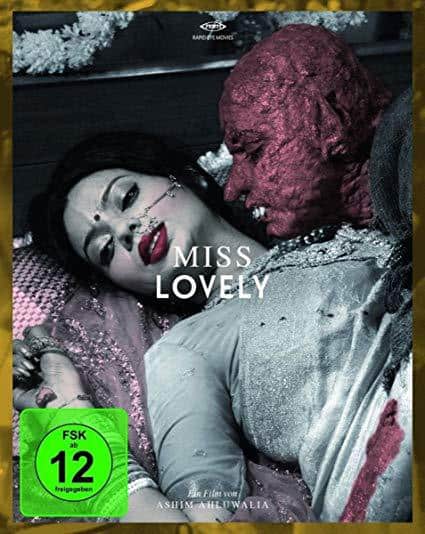 In fact, the first international recognition for the Indian parallel cinema movement came through the Golden Prix Award of Mr. Chetan Anand’s “Neecha Nagar” (Lowly City) at the first Cannes Film Festival in the year 1946. The years that followed were those established the arrival of Satyajit Ray. “Pather Panchali” (Song of the Little Road) that won the award for the best Human Document at Cannes in 1956, “Aparajito” (The Unvanquished) which won the Golden Lion, New Cinema Award and FIPRESCI Prize at Venice Film Festival, 1957 and “Charulata” which was awarded with Silver Bear at 1965 Berlin Film Festival were some of the Ray movies that documented the growth of Indian Parallel Cinema internationally. In the following years , the parallel cinema movement spread all over the country through  the regional language films made by a number of film makers who were energized by the movies of Satyajit Ray and the international acclaim he received for them.

This movement, through its uninterrupted journey over many decades resulted in the creation of Film Societies and caused the revelation that the act of watching movies also has an intellectual and theoretical side beyond mere entertainment. Though the movement happened to have lean phase during the nineties, the advent of digital technology brought it right back to its heydays.

The city of Mumbai (erstwhile Bombay) can be considered as the capital of film industry in India- the centre of commercial Hindi movie industry popularly known as Bollywood. “Miss Lovely” tells the story of the unknown, colorless and stinking world of C-grade film world that existed beneath the colorful glamorous celebrations of the Bollywood movie experience. The story premise is in the eighties- with those C-grade Hindi horror movies with plenty of violence peppered with sex scenes. All such movies will almost have the same plot: The hero’s car has a break-down in a stormy night at a deserted place. There always will be a mansion nearby- an unoccupied one as you guessed. The hero decides to take shelter in the mansion for the night. There he is welcomed by the voluptuous woman. They will always end up having sex. And then follows the violent horror scenes with cacophony of ghosts and vampires. It is the dark alleys of such movies that “Miss Lovely” trudges. 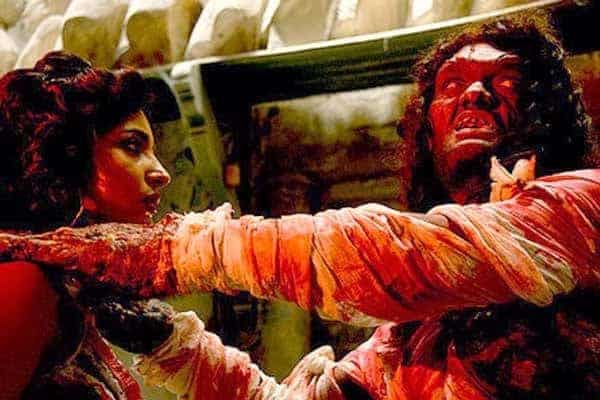 In fact, Ashim Ahluwalia intended to make a documentary on Hindi C-grade film industry. But the threats he received from Mumbai underworld prompted him to prefer the fictional route of a feature film to the documentation of real incidents and persons. This might be the factor that metamorphosed “Miss Lovely” into a neo noir with a docu-fiction nature. The film goes through all the stages of a movie making process- starting from casting, shooting, distribution, theatre release, its viewers and even up to its success celebration parties. Beyond the prosaic narration as a part documentation, the film explores its many layers- of betrayal, cheating, promises, exploration, pimping, threats, persuasion, submission, murders, suicides, conquering, refusals, withdrawals, loneliness….and many such story moments.

Nawazuddin Siddiqui, Niharika Singh and Anil George portray the main characters. Siddiqui, who has a preference for stylized acting methods, does a realistic portrayal of Sonu Duggal.

The film reveals the double standard of Indian female in their approach to sexuality. It shows us a male crowd that enjoy the violently graphic depiction of sex scenes in the dingy darkness of the movie halls and make sure to wear a mask of gentleness and morality while they are outside those movie halls. It is the same crowd that boos and shouts at the arrested film artists. 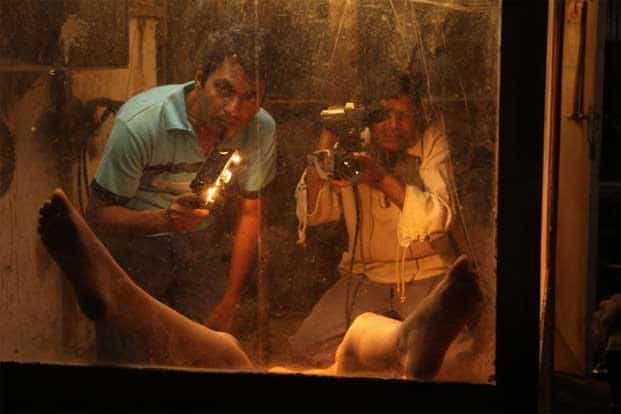 The advent of internet in India resulted in the end of such movies. Their place was taken over by the pornographic websites. Alleging that the increased sexual atrocities and crimes in the society were incited by these websites, India Government blocked access to hundreds of such websites in  November this year. A similar official ban was also imposed earlier but had to revoked after receiving flak from different segments of the society.

If the restrictions and prohibitions could uproot the human lust and freedom, birds would have been a bunch grieving over empty and lost sky. But the birds have kept on flying and the sky has abandoned its barrenness. And the governments that did not learned any lesson from history were busy in erecting barbed wires of sanctions and restrictions.

It is unnecessary even to think that the destruction of these barbed wires requires a certain degree of human effort and intellect. Because, the time has, again and again, proved that, unable to survive the time, the length and breadth of these erected barbed wires will collapse in its own unscientific feasibility.