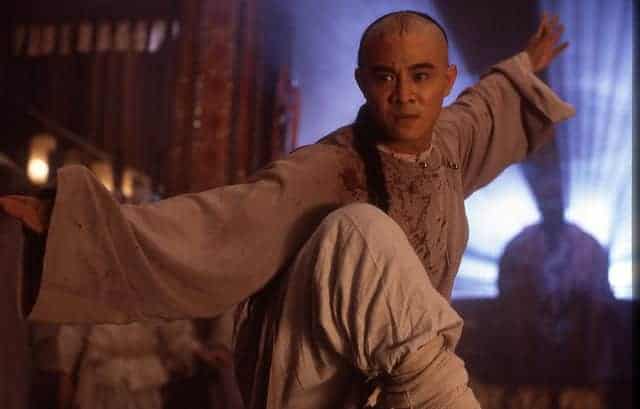 Displaying a winning combination with Tsui Hark as the director, Yuen Woo Ping as action director, Jet Li and Yuen Biao as the protagonists, and popular folk hero Wong Fei Hung as its main theme, this particular film had all the makings of a blockbuster and it delivered in astonishing fashion. It became a huge box office hit, was one of the main reasons for the wuxia craze of the 90s, and spawned six sequels.

After an intro that sets the grandiose, impressively choreographed and performed, and slightly incoherent tone, we are introduced to Wong Fei Hung, a chiropractor, doctor and martial arts specialist, whose story takes place in Foshan, China, sometime in the late 19th century during the Qing dynasty. Wong is a calm man, but as the story progresses, he has to face corrupt politicians, triads, the extreme colonization methods of westerners who seem to treat Chinese as second-level citizens in their own country, and even a martial arts master named “Iron Vest” Yim, who challenges him in a duel. Inevitably, and particularly after the militia he trains in the area is framed for terrorist acts and the clinic he owns is attacked, he has to resort to violence.

Let me start with the non-obvious aspect. In the midst of the torrenting action, and in the trademark, nonsensical way of HK cinema,Tsui Hark has managed to include a number of pointy sociopolitical remarks, particularly regarding the influence of the Colonialists (the British in essence) and their effort to change the Chinese by forbidding, a number of elements of the natives’ tradition, including martial arts. This critique of his extends to the local police and the corrupt politicians who turned their backs to the people for their personal gain, by implementing and adopting, respectively, the new, “imported” laws.

Of course, “Once Upon a Time in China” is first and foremost, a martial arts film, and this is where the production truly thrives. Yuen Woo Ping has done an astonishing job in the action choreography, exploiting fully the impressive abilities of a Jet Li in his prime, through a number of scenes that are included among the best of all time, with the ones during the extended final sequence being the most impressive. This last element also benefits the most by Yen Shi-kwan’s performance as “Iron Vest” Yim, with the legendary veteran portraying another iconic villain. The two sequences where he fights Jet Li are the ones where the martial arts aspect of the movie finds its apogee.

Add to all the above the accurate presentation of the era, in production design, costumes and overall setting, some moments of intelligent comedy, characters like Porky and the 13th aunt (portrayed by the always gorgeous Rosamund Kwan), and you have the gist of a very entertaining movie.

“Once Upon A Time in China” is a milestone in the wuxia genre, and a must-watch for all fans of the genre, to say the least