This year, the Hong Kong 2018 Fresh Wave Short Film Competition is at its 12th edition. Fresh Wave is an independent organization founded by Johnnie To to fund Hong Kong young talents in film-making, showcase their projects and give them a truly effective platform to start their career from. Fresh Wave Alumni includes Jevons Au of “Ten Years” and “Trivisa” and “Distinction”, and Wong Chun of multi-awarded “Mad World”.

A “veteran” of Fresh Wave, Hing Weng Eric Tsang has participated in different roles to many editions. Last year he was the DOP behind his friend’s Jun Li’s short “Liu Yang He” that won the Fresh Wave Open Division Best Film Award. This year Eric – who seems to have a Mida’s touch – is on the director’s chair with a movie that he has also written, “The Umbrella”, and that is – again – the winner of the Fresh Wave Best Film Award 2018. 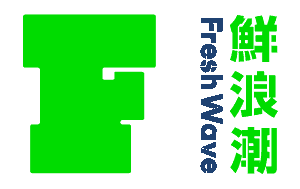 The 22-min film is set in Hong Kong, in a precise historical moment. It’s October 2014 and it’s the climax of the student-led street protests again the NPCSC’s proposed reform of the Hong Kong electoral system, commonly known under the name of Umbrella Movement. At the beginning of October, violence broke out in Mong Kok and Causeway Bay against the protesters, resulting in many students injured and arrested.

The director has chosen to reconstruct the mood of the time with a clever indirect narration set in a rainy and gloomy October nightfall. “The Umbrella” is in fact a long shot on the Chih Hsing Student Hall façade. Over this dark background, the fixed camera highlights the hallway and two rooms above it, warmly lit, where a very diverse crowd is trying to make sense of what is happening outside and inside.

In this micro-habitat, different people with different personal histories share a moment which is turbulent and unstable, both in Hong Kong’s history and in their own life development. Some of the students are more involved in the political events, others are more interested in their own sorrows, an argument, a painful break up soothed by a melancholic guitar; few of them are foreigners, a western student, a Mainland boy visited by his parents.

It’s a very diverse crowd of ripening individuals, finding their space and adjusting in the rigorous framework that surrounds them, and that alludes to the strict establishment the students are dealing with, some fighting it, some struggling in it.

A carefully planned sound design is at the core of the storytelling, allowing us to focus on relevant bits of conversations, seamlessly jumping from a room to another, to the hallway and back, inside and outside. The demonstration stays firmly on the background; its distant white noise emerges from the rain “pitter-patter”, in a slow crescendo, menacing and unsettling.

As he told us in an interview last year, director Tsang is inspired by Edward Yang’s slow cinema and Ann Hui’s attention to history and culture of Hong Kong, and his elegant, poignant and technically polished work in “The Umbrella” is a testament to his muses.

Time is ripe for a feature film.

The Adventurers (2017) by Stephen Fung