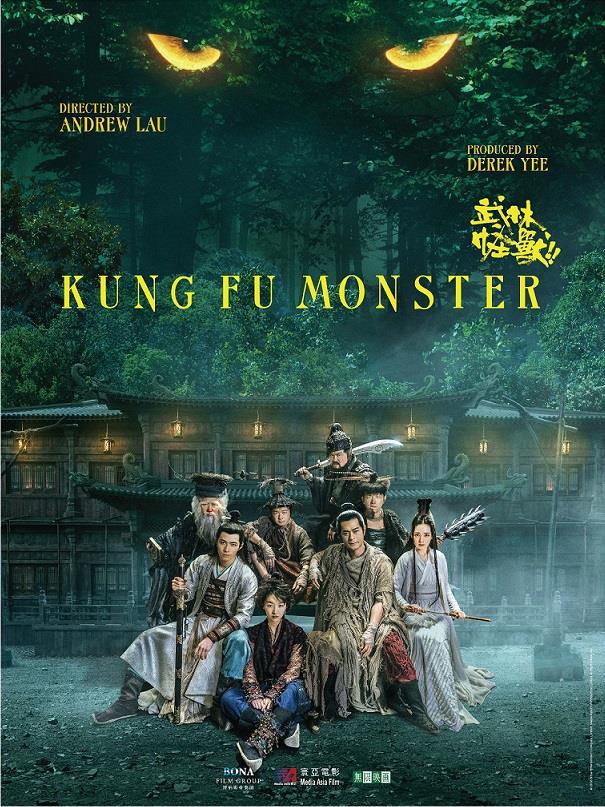 Chinese director Andrew Lau (“The Guillotines“, “Revenge of the Green Dragons”) has completed production on his most recent fantasy/comedy martial arts film “Kung Fu Monster” stars the iconic Louis Koo (“Paradox” “Drug War“) as a warrior fighting against a corrupt government that houses a menagerie of bizarre creatures.

“Fung Fu Monster” is set to makes its theatrical debut on December 21, 2018.  A trailer for the film has been previously released and can be viewed below.

During the Wanli Emperor’s reign in the Ming dynasty, Sun Yehe, supervisor of the Eastern Depot, was ordered to capture monsters that have escaped from the royal palace. At the same time, militia warrior Zhen Jian colludes with his martial arts junior Xiong Jiaojiao and female warrior Leng Bingbing gather a group of forest fighters to rob the silver from corrput officials. However, silver was missing, while wanted criminal criminal Feng Sihai appears along with Jianghu wanderer Wu Bai. As a bigger crisis comes, monsters are looking through it nearby. (Wikipedia)