Watching a critic becoming a director is always an interesting endeavor, and much more in Freddie Wong, who seems to have dealt with a number of other capacities in cinema before he shot his own film. The movie in question is “The Drunkard”, a film based on the homonymous novel by the late Liu Yichang, who is is considered the founder of Hong Kong’s modern literature. 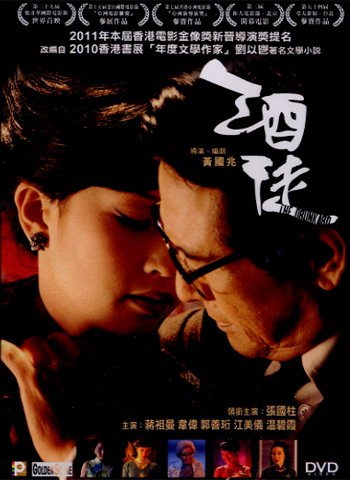 The story revolves around Lau, an author and article writer who struggles to maintain his integrity and sustain himself financially in the midst of the economic boom Hong Kong experienced in the late 1950s and early ’60s. As the wuxia wave started to take over all aspects of art and particularly cinema and literature, Lau found himself being criticized for the lack of action in his works, and subsequently, fired. Having no alternative, and after a script he wrote for a movie is stolen, he embarks on a trip towards a pulp path, that has him writing erotic novels, although his financial situation keeps worsening, with his tendency for constant drinking deteriorating his circumstances even more. On the other hand, his appeal to women seems to grow even more, and to include all age groups, with Mary, a 17-year old, Mrs Wong, a housewife whose husband is constantly missing and actually has Lay stay with her at one point, and Lulu, a gorgeous young prostitute, falling “victims” to his appeal.

Freddie Wong takes a rather intellectual approach in order to adapt the novel, implementing different narrative styles. In that fashion, there is the main story of Lau, which unfolds in two axes, one revolving around him as a man, and one as a writer. Apart from that, another, secondary arc deals with the story of a soldier during the war, which is mostly presented through narration and text-in-black screens, much like the silent movies of the past. This last part seems somehow disconnected to the main narrative, although I have to admit that my lack in Hong Kong history and the fact that I have not read the original may be the reason I see this aspect in that way.

Regarding the main story though, I also feel ambivalent. The reason for that is that its two aspects are rather imbalanced. The part regarding the concept of the writer, both in the particular era and in general, is excellent, with Wong highlighting the fact that quality in art does not pay, a fact that seems to be carried on through the centuries. The depiction of this concept, in literature, movies, even article-writing is quite eloquent, and forms the most interesting part of the movie, as we watch Lau trying to adapt to the commercial standards in order to make a living for himself, and failing continuously.

On the other hand, his drunkenness and the fact that all women seem to fall for him is not justified at all, with the part functioning more as a collage of sequences than an actual story. Taking into consideration that this aspect takes a significant part of the duration, it becomes obvious that it faults the movie significantly, despite the effort to make it appear and function, visually and in context, in the way Wong Kar Wai did in films like “2046” and “In the Mood for Love”.

This aspect also faults the acting, with John Chang being quite good as a failed writer that cannot adapt to the new standards, but mostly unconvincing as a drunk womanizer. At the same time, the female parts, Katie Kwok as Mary, Irene Wan as Mrs Wong and Joman Chiang as Lulu, also seem somewhat unfulfilled, although in terms of visuals, all three are a treat.

And talking about visual treats, the film, in that regard, is truly excellent, with Henry Chung doing an excellent job in the cinematography, implementing a number of different visual styles, both in a normal (mainstream if you prefer) fashion, and on a higher level, again similar to the cinematography in Wong Kar Wai films. His framing in particular is impressive at all times. Mary Stephen’s editing is also quite good, combining the different styles in a way that allows the film to flow smoothly, in a slow pace.

“The Drunkard” is an uneven film, but still one with merits, particularly regarding its visuals and the social commentary it presents.

Interview with Freddie Wong : If you want to make a more serious and artistic movie, one that has something to say, then it...