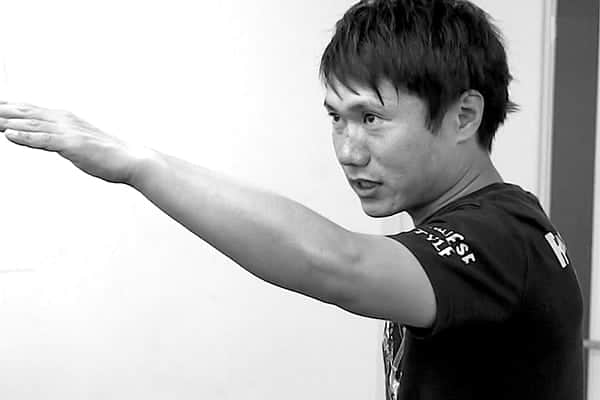 Kensuke Sonomura is a household name in the Asian Action cinema. Starring as a stunt double and action director in many movies across the continent, Sonomura is ready to enter the stage with his own feature film. His debut film “Hydra” screened at the Japan Filmfest Hamburg and we had the pleasure to get an interview with him.

Before producing your own movies, you were an action choreographer. Can you tell us more about your background as a choreographer and the kind of work that comes with it? And how was the collaboration with John Woo and Mamoru Oshii?

First of all, about my career path, it started when I joined Kurata Action Club in Osaka run by Mr. Yasuaki Kurata at 16. There I learned the basics of stunts and got to experience some actual stunt work on some television/commercial projects. When I turned 18, I left them and became a freelance stuntman working on a number of projects. I soon met Mr. Yuji Shimomura, who invited me to work for his new action coordination company, U’den Flameworks.

In those early days at his Yuji Shimomura’s company, I mainly worked as a stuntman or stunt choreographer on films he action-directed, such as SHINOBI: HERAT UNDER BLADE, and DORORO. I debuted as an action coordinator in Ryuhei Kitamura’s LOVE DEATH in 2005. I began getting more experience as an action director on film and game projects. One time, I met Dir. Takanori Tsujimoto, who happened to be Dir. Mamoru Oshii’s apprentice, and Dir. Oshii himself seemed to like my choreography. He hired me as his action director on almost all his action projects ever since THE NEXT GENERATION PATLABOR Series.

My impression of him is that maybe because of his animation background he has impeccably clear ideas of which cut he needs so the production moves very effectively without wasting any time on unessential cuts. He has taken me out to drinks a few times and shared his directing thoughts with me, which have truly made a great impression on me. One of the things he said was, “Cut out the space,” meaning the seemingly insignificant living space for characters; and “Intentionally create a dragging sequence,” which I feel is one of the most important elements for a movie like “Hydra.”

On the other hand, Dir. John Woo operates almost the opposite way. I felt that he puts more importance on inspiration and how he feels on the day of filming than what he’s prepared for before shooting. Therefore, his brain starts working at the speed of light once he sees the set; then, everything suddenly starts transforming to something that no one expected. His way of direction is incredibly flexible. Since Japanese crews tend to concern themselves with the plans they’ve already decided on, it was quite challenging, especially for us to keep up with his spontaneous creativity. Haha.

Dir. Woo has made a lot of hero stories, so what he needed in action choreography was quite specific and interesting. In a way, his talent came through in the requests he made to me. Like to create an original action style for the protagonist based on who he is and what he has been through; or the whole process of two characters who grow the special friendship in a battle sequence.

Their directing styles are very different and unique, yet they both have serene minds and not even once raised their voices on set. They truly are good people with even greater heart, which inspired all of the crew to work as hard as possible for them no matter how challenging the production got.

How do you feel that the work as a choreographer has helped you with directing?

Since action choreography is an extension of acting, I care most about a character’s emotional transition, thinking about which move would be the best way to express their emotion. This thinking certainly helped me when directing the drama parts in “Hydra.” Also, the role of an action director in Japan includes not only choreography but the entirety of the action scenes, which includes camera blocking, setting the angles, and editing. I suppose this would be similar to what a second unit director does in the West. So, it helps me being familiar with how to work with cameras. Action sequences usually have much more blocking than the drama portions, so if I simply count the number of shots I have filmed it might be close to what a film director averages in a movie. Even for a big budget film in Japan, we normally get far too less time to film action sequences compared to other countries. Having learned to work out the most effective action sequences in such a limited amount of time over the years helped me with a small budget film like “Hydra.”

When did you decide to produce your own film?

Though I originally joined the industry as a stunt man, I used to make many student films back when I was younger, so I have always looked for an opportunity to direct. However, the job of an action director requires it be given a substantial amount of time. Because of that, I wasn’t able to give it the proper amount of time and so had to stick with my primary work. This time, lead actor Mimoto called me and told me he wanted to recommend me as a director for his new project and asked if it would be alright with me. I was honored and gladly accepted his offer.

“Hydra” definitely has influences from the 80s (graphics, music etc.). Why did you choose to have such elements in your film, and which are your favorite films from that era?

I wanted to have some alternative tools to express the lead character’s feelings as there wasn’t much dialogue in the film. Also, with night scenes taking up a lot of screen time, I wanted to intentionally add something that could make a different visual impression, such as neon effects. In order to make the Hydra world distinctive, I tried dressing it with an ‘80s sensibility as I have always thought that the music and colors of the ‘80s feel somewhat urban and impersonal. This is the elements that I thought would be most suitable for the world of Hydra.

Another thing is that it’s the films from the ‘80s that watched as a child that have made the strongest impression on me. For Hydra, I thought if we made it like any other low budget film, it would just be a low quality movie that no one would remember. So, I attempted to give it an ‘80s flavor, hoping this would help give it something that would stay with the audience when they think back on the film. I watch “Blade Runner” several times a year and it may be the one film that I benefited from the most in the process of making “Hydra.” There’s a cruel element to it yet you also get a certain comfort from the footage. I think it’s the best example of a movie that gives a strange and yet wonderful experience.

How was your cooperation with Masanori Mimoto? In general, how was the casting process for the film like?

Hydra was originally his project and I was truly flattered when he brought it to me as he’s known I’ve always wanted to direct. We been friends for 20 years, which made for an easy working environment. We also train together on a regular basis so we could set a higher line for him than the other actors when it came to the action sequences. If we made the blocking too elaborate or swung the camera too often, it could cancel out the genuine honesty of the action scenes, so I tried to keep the framing limited to the form of his body, minimize the use of close-ups, and do the least blocking possible. We were able to shoot the last action sequence in such short period of 10 hours without making any compromise because of his hard work. His opponent in the scene was performed by my stunt-junior colleague, Kawamoto, whom I trust the most among all the stunts and an action director. As for the other main cast members, the producers helped cast ideal actors who would fit the characters I had in mind so I was so blessed with working with them too.

How long was the process from the first idea to the final edit of the movie? What was the most difficult part of the production?

It took a year and a half since we developed a plot until we completed the film. I would say it was the shooting stage that was the most challenging. We had more to cover than we could fit into the given 7 shooting days we had, so we had to try to come up with the most efficient ways in which to cover all we needed or what we should prioritize due to such a rushed schedule. Sometimes now I reflect and wonder if we choose the right way back then.

What is your opinion of the Japanese industry at the moment?

I feel that current Japanese movies have become polarized into a system of either being studio productions or super low budget productions. There has been a significant decrease over the past ten years in production scale as to what you can achieve in terms of filmmaker originality. If I could speak about mostly action movies, only big-seller comic based fiction features have a chance to get greenlit for a studio scale production. Yet they almost never get funded enough to realize their artistic potential as the climate here is that we should only do “good enough.” Since there are a number of comic-based projects it keeps the action industry busy, but even for a big budget movies, we don’t seem to get enough creative time for the action sequences. We are unable to achieve our best most of the time and I know that often we could do much better. There are a lot of excellent stunt people in Japan. Unfortunately we don’t have many projects where we can take a great many of them.

My latest project is a Taiwanese Netflix production called NOWHERE MAN scheduled to stream this year. I was invited to the project by a Taiwanese director who liked my work as an action director in the 2016 Japanese movie DESTRUCTION BABIES.