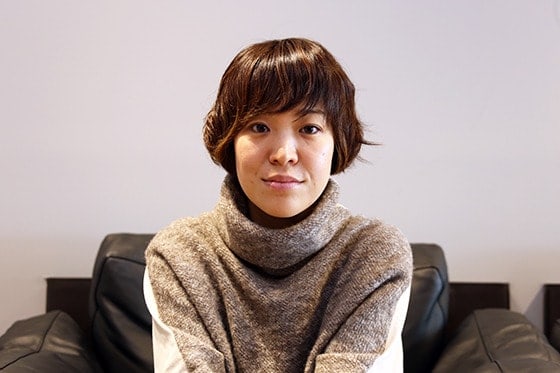 Director Yuko Hakota was born in 1983 in Ibaraki Prefecture, the setting of her debut feature “Blue Hour”. After several projects for Japanese and international companies, she eventually directed her first feature film which premiered in 2019 at Hong Kong International Film Festival and was also screened at this year’s Nippon Connection.
We sat down with the director to talk to her about her film “Blue Hour“, what inspired the film and the role of women in society.

The blue hour is a very beautiful time of day and a very important theme in your film. How did you manage to capture the beauty and meaning behind it?

The blue world at the beginning and the end of the day, ambiguous without any light or shadow, is beautiful. How you perceive the world at the unsteady moment, when the self and the world mixes together, will be different based on the process of one’s growth − whether you feel the sense of freedom or anxiety. This special, fragile moment is similar to life, which fascinates me a lot.

What was the inspiration for the story?

It is based on my own experience during years of growing up.

How did you cast the movie? And, in general, can you explain how you worked with the three main actresses of your film?

I asked for Kaho (SUNADA) because I felt she actually is living in an ambiguous moment of her life, which is also the main theme of this film. As an actress who started her career at an early age, I wanted this movie to shake her and lead her to think what she wants to do in the future. I brought two good actresses, Shim Eun-kyung (KIYOURA) and Kaho Minami (SUNADA’s mother), to help her push her boundaries.

Since “Blue Hour” is your debut feature, can you say something about your experience shooting a feature film?

I don’t think I can make another film like this, or recreate the roughness. Since the story is about time, I wanted to portray uncool aspects in reality. I have exposed my everything in this film.

How was shooting in Ibaraki, the area in which the film is set? Did it help that you come from there as well?

I felt terrible as I hate the city! But it turned out making the movie a good mixture of fiction and reality.

Can you explain the overall visual concept of the movie? What was your approach in terms of music?

In the film, I tried to highlight the blue color of BLUE HOUR. The whole film is portrayed through the main character. To differentiate the perspective of the world, the present is described in dull colors while her childhood is described in vivid, lively colors.

The music is all about the main character’s feelings. We didn’t add any objective sounds. All the music is by one band for the sake of consistency. (We called it SUNADA band during the production.) The song played during the end credit is the effusion of SUNADA’s feelings.

Do you think women, like the main protagonist in the film, have an especially difficult time meeting society’s expectations? Or does this apply to men as well?

I think there is a gap between the women portrayed in modern society and women in reality. There are always chances, but I feel women are giving those chances away because of the fixed ideas they have. The same is true of men.

What can you tell us about future projects you are working on?

I am working on another original feature. So stay tuned!

Interview with Eun-kyung Shim: I felt that my acting reflected everything that I was feeling when I was embodying that role