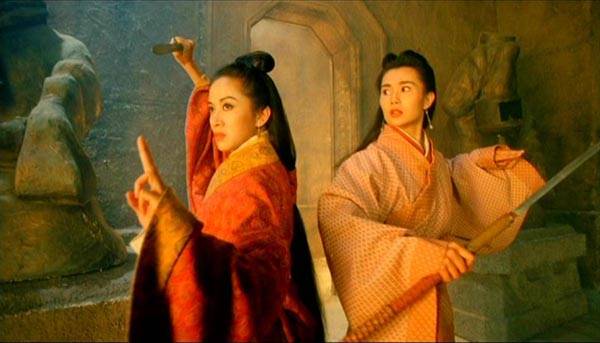 Sammo Hung, for all his immense contributions to action cinema has never been considered one of the visual stylists of his generation. Yet in 1993 he made two classic swordplay movies that could be considered to challenge this notion. The first and sadly largely forgotten “Blade of Fury”. The second recently re-released on Blu ray “Moon Warriors”. 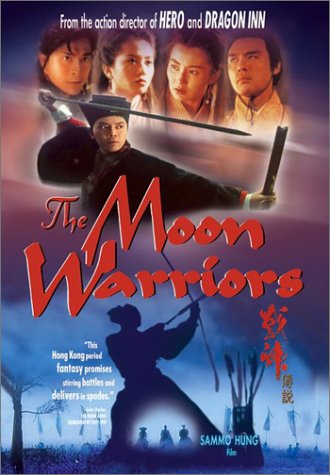 The 13th Prince (Kenny Bee) along with a few loyal retainers narrowly escapes an assassination attempt by his brother, and finds himself in the company of Fei (Andy Lau) a fisherman with exceptional martial arts abilities. Dispatching Fei along with Mo-Sin (Maggie Cheung) to bring Princess Yuet Nga (Anita Mui) leads to a complicated situation with Mo-Sin, who is secretly in love with the 13th Prince and a growing attraction between Fei an Yuet Nga begins. As the brother closes in and secrets are revealed, the fates of all converge in an epic final confrontation.

The line “The legends are true, even the sad ones” nicely sums up “Moon Warriors”. Most swordplay movies carry an air of fatalism and doomed romance. So we kind of know what to expect and it doesn’t disappoint. Performances are uniformly good, despite thin characterization, with Maggie Cheung’s tragic Mo-Sin given the most pathos. The Canto-pop songs actually complement a really excellent score by James Wong that adds rather than detracts from the action. And a special mention too must go to the trainers of the Killer Whale that makes timely interventions during the film.

When considering director credit it must be remembered that the term in Hong Kong cinema has been known to be a loose one, with action choreographers often shooting the scenes too. So the question here is who can claim the greater credit for what is a surprisingly rich mise en scene. The duels in the abandoned temple are exquisite. The artful use of doubles for Maggie Cheung and Anita Mui show the wirework at its finest. With Ching Siu-Ting renowned for his expertise in wire based action, you do wonder whether it was a typically Hong Kong collaborative effort as opposed to one principle creator. Either way, we have a very polished production. My only criticism is the overuse of undercranking which is at times too evident.

Released at the tail end of the Hong Kong New wave explosio,n “Moon Warriors” is a movie steeped in the traditions of it’s genre. Wirework is to be expected and here we have two of the greatest choreographers ever combining their talents. Whilst the story adds nothing knew to classical conventions, the craftsmanship is New Wave at its finest. For myself this was one of my first introductions the world of oriental action cinema and cannot recommend it high enough.