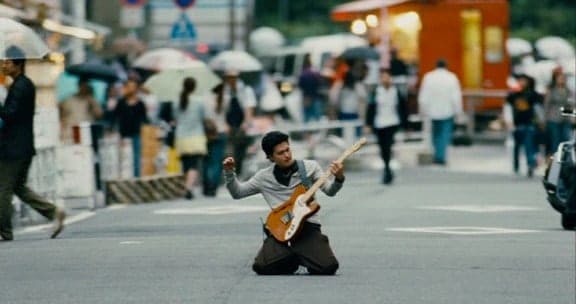 With “God’s Puzzle” we may have one of the most commercial and perhaps one the most unclassifiable films of Takashi Miike’s filmography at the same time. Adorned with a personal touch and technical care more than notorious, the film tells us all about the origin of the universe and about its destruction. 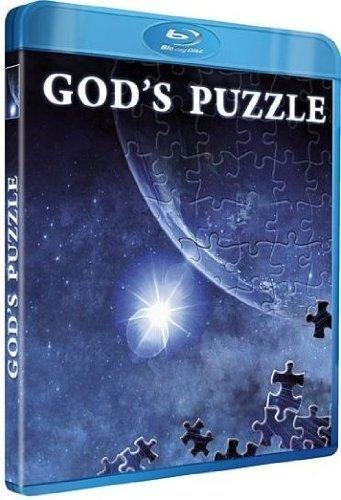 The plot revolves around two students who get to know each other due to the crazy idea about creating a new universe from scratch. Kiichi Watanuki and Motokazu Watanuki are two twins who live together. One day, Kiichi prepares to go on a trip to India, leaving Motokazu alone. Motokazu then goes to his normal classes and signs up for a physics course, where he has to do a thesis about a subject. His chosen topic is the creation of an universe, which attracts the attention of the young genius Saraka, who has invented the Murgen, a kind of particle accelerator located in Japan where all kinds of important researches for humanity are taken place. Together, Motokazu Watanuki and Saraka will study all the possibilities about creating their own universe, and its consequences …

The film has a well-crafted and structured script written by Masa Nakamura, based on the novel written by Shinji Kimoto. The narrative takes the necessary time to lay the foundations of the story. The result is peculiar about the way it mixes comedy and student drama (in the grotesque, almost caricaturist way, in which Miike understands it), with long lectures on quantum physics (which Miike manages to make entertaining, by putting them in the mouth of the most clueless student). And it is here that Miike’s talent is noticed from miles away, capable of telling a story with such complex data in such a pleasant way, blending the best disaster film genre in the purest Godzilla style, along with the romantic comedy of students.

The actors play a very important part in the film, especially in the first hour, which depends so much on how they unfold themselves in front of the camera. Thank God, they are up to the task. Hayato Ichihara plays a double role, thus being the best performance of the film, giving life to a character full of life and humor. On the other hand, Mitsuki Tanimura plays the serious part in the role of Saraka, the typical student who knows everything and has all under control. The two are incredibly good every time they appear on screen, with an enviable chemistry that does nothing more than sum points to the whole film.

Technically speaking, “God’s Puzzle” is a perfectly well-crafted film, with a slight cyberpunk touch. In the first half, where the movie focuses more on presenting characters and situations, the dialogues and even the monologues are the main protagonists. On this part, the entire deployment of special effects that the film has to offer is not entirely appreciated. Therefore, on its second half, one will then appreciate all the technique of special effects, offering a full spectacle worthy of the best films of natural disasters.

Also, “God’s Puzzle” is a film that is nice to watch at, thanks to Katsumi Yanagijima’s cinematography. It is obvious that he has made an appropriate use of all the budget they had available, which results in a well-constructed visual presentation, with particularly well-designed frames.

For Miike fans, this is one of his most interesting works without a doubt. Definitely worth watching.