After being discovered as a baby, abandoned in a public washroom, Dong Dong is taken in by an older lady and given the moniker “God of Toilets”. Fast forward to 18 years later, where Dong Dong finds himself having to take care of his sickly caretaker. When modern medicine fails, he begins to look for alternative solutions. Tied closely to his problems is long time friend Kim, whose brother is fighting against cancer. Kim goes out on his own journey for a miracle cure, and the two stay in touch through their travels. Their adventures take them around the globe, finding solace and turmoil within the public toilet space. 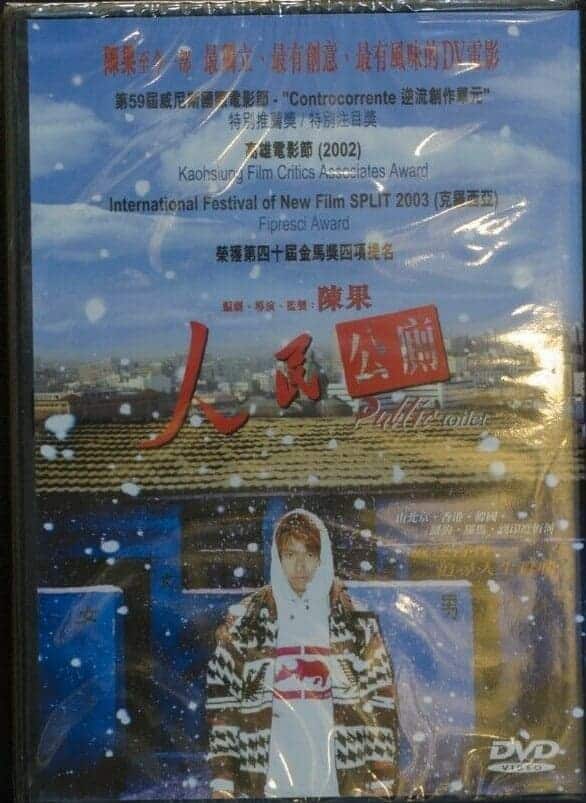 With this being the first production Fruit Chan shot on digital, it does reflect a degree of experimentation on the director’s part. In particular, the use of various camera angles, and “shaky cam”. The quality of the visuals is pretty sub par, as the movie is pretty murky to look at. However, in spite of these two factors, the visual presentation stands out as one of the production’s strongest attributes. The actual quality of the film, if it can be overlooked, compliments the content matter well, remaining gritty, dirty and capturing an authentic feeling to interactions. The use of multiple angles and shots, which at first seems a bit chaotic, takes form as the film progresses and does feel well thought out, with many changes within singles scenes that compliment the action and dialogue. The visual presentation in “Public Toilet” is deceptively skillful, and the amount of wonder garnered from both scenic and dreary locations shows Fruit Chan adapting to digital in a fascinating fashion.

With “Public Toilet” being shot in multiple countries with an international cast, there is a lot of enjoyment of traveling with the characters to various locations. However, this really puts the protagonists in the back seat, regardless of being a dialogue heavy film with the focus on soul searching, the profound moments seem more centered around locations visited than performances. This is not to say that any of the performances are lacking, and the actors do bring some intrigue to their roles. Overall, the focus seems to push towards the communal washroom space and the commonality it builds between cultures. A theme which has not really been explored much in cinema, although whether that is for the better or worse, will be up to viewer interpretation.

“Public Toilet” is a movie that often feels at odds with itself, creating a polarizing experience as expectations are subverted continuously through the story. My experience with the film, although at face value being negative, was of deep curiosity. The subject matter is presented more as a time frame within the protagonist’s life and less of a cohesive story. There are certainly understandable actions and reflections made by the characters, but all their interactions are presented more as life moments towards self discovery. The production is one where some sort of plot synopsis is going to fall short of the actual experience one feels when viewing the film, as its flow and themes can not be properly reflected by discussing the plot.

“Public Toilet” understandably will meet with mixed reactions, as it exemplifies a film whose strengths to some, will be faults to others. The structure , which at first deterred me, soon began to transition into an enjoyable experience, perhaps in the same way as a bowel movement (Marking the only scatological comparison I will make, which was hard not to indulge in). “Public Toilet” will be an act of patience for most viewers. However, to those willing to stick around and overcome the crude nature of the subject matter, the film presents some resonating dialogue and superb visual presentation.