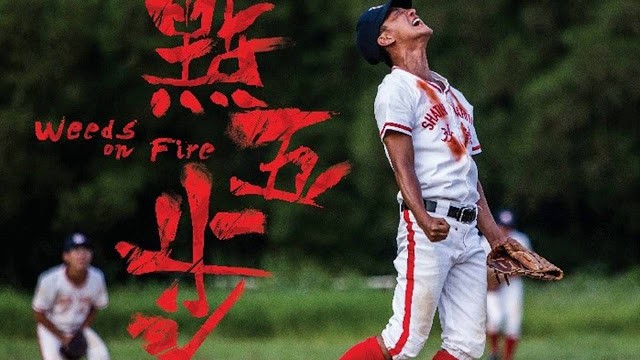 Winner of the first edition of the First Film Initiative (you can read all about it in this article), alongside “Mad World” and “Opus 1”, “Weeds on Fire” is based upon a real but almost forgotten story. In 1984, the Sino-British Joint Declaration was signed and Hong Kong’s future became more obscure. In that same year, the first local youth league baseball team was found in Shatin, one of Hong Kong’s new (at the time) towns, which ended up almost like a ghetto during the next decades. The name of the team was Shatin Martins, and its creation was the outcome of the efforts of a middle school principal named Lo, who petitioned the local school board for funds for a baseball team.

The script follows the story of the team, while also focusing on the friendship of two of the initial members, timid and reluctant Tse Chi-lung and popular and always confident Fan Chun-wai and the hardships they have to face growing up in the “projects”, as much as in their relationship. Through the progress of the team, which starts its path by losing disgracefully to a pee-wee team, both characters change and evolve into something else, since their paths take completely different courses, with the Principal functioning as the main catalyst.

Chan Chi-fat directs a film that uses the popular sports theme of the underdog as a base for a coming-of-age film, which starts as a comedy before it becomes a drama. The outcome of the base theme may be predictable to the point of cliché, but the second aspect is the one that actually elevates the movie to a higher level, by depicting the experiences of the two boys and the way they shape their characters. As the movie becomes more dramatic, romance, unwanted pregnancies, divorces, heartbreaks, crime and violence come to the fore, with baseball taking a secondary role, providing the entertainment part of a combination that also includes much meaningfulness.

Evidently, “Weeds on Fire” is first a mainstream movie, and thus the drama is not so deep or pointy, particularly due to the lack of truly intense (even shocking if you prefer) scenes. On the contrary, the dramatic essence derives from Dai Tai’s music as much as from the images, with Chan using the sound to strengthen the impact of the scenes. In that fashion, and through Leung Cheuk-lam and Chan’s own fast editing, the film functions as a music video, in both the dramatic and the more easygoing sequences.

This aspect is also mirrored in O Sing-pui’s cinematography, through the panoramic shots of the various locations, with the “project” the boys live having the lion’s share of the imaging, the rotating cameras, and the CGI, with the latter finding its apogee in the final sequence.

The acting in the film is on a very high level, with the chemistry among the protagonists being impressive. Lam Yiu-sing as Lung highlights his character’s struggles in a laconic fashion that suits the part to the fullest, while Wu Tsz-tung as Fan plays in exactly opposite fashion, being vocal and hyperbolic in his style. The chemistry that derives from this antithesis is completed by Liu Kai-chi’s performance as Principal Lo, whose kind-hearted strictness proves the catalyst in this compound.

“Weeds on Fire” is a great film that manages to provide the quintessence of cinema, which is none other than entertainment, while it also manages to make some social comments that elevate it much above the concept of the mainstream movie.

Film Review: House of the Rising Sons (2018) by Anthony Chan