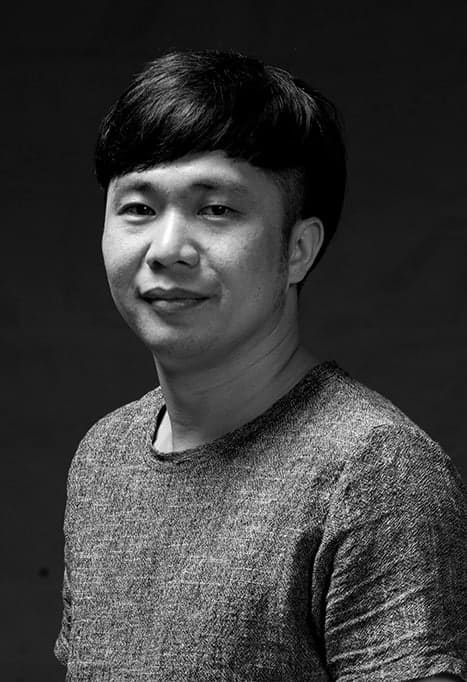 Yang Pingdao is a writer and director based in Guangdong province. He was born in Yangchun, Guangdong, in 1980, and graduated in film directing from the National Academy of Chinese Theatre Arts. His documentaries have attended festivals in Beijing, Kunming, Xian, Leipzig, and London.

We interviewed him on the occasion of his fiction feature debut “My Dear Friend” screening at the Mulan International Film Festival 2019.

The storyline of “My Dear Friend” enrolls as a road trip down memory lane, with the present and past melting into one another. What was the inspiration?

I think dreams are like poetry, freely jumping, with all sorts of symbols intertwined. I relied on introspection a lot when growing up. I was quite arrogant, but also self-aware of that and blamed myself for it. Sometimes I wish I could talk to myself when I made the mistakes, it would be an interesting moment. I think I would be like a father when facing my younger self, shedding tears for a trouble-making son. It’s a shame such a moment is not possible. Life will always be filled with regrets; it is lucky for us to have films.

Rituals, feng shui, and reincarnation are strongly present in the film; life and death/living and dying. Can you elaborate on these concepts?

I identify myself as Hakka. Hakka is not an ethnic group but refers to a group originally resided in central plains of China, which is now centered in Henan province. To run from wars, they migrated towards the South. Hakka (客家) refers to their status as a “guest” to their new home. Their migration history spans over a thousand years. Early on, the migrators and the locals had a lot of conflicts. The famous Fujian tulou were originally built for military defense. That means the migrators lived in a relatively closed environment, therefore inherited most of the culture they brought with them. But later their culture integrated with that of the local, forming a distinct Hakka culture.

All these rituals, concepts, feng shui as you call it, are in the genes of my culture. I was exposed to them ever since I started to recognize the world, so for long, they were just part of my daily life. After I left my hometown, I realized if I wanted my movies to relate to my life experiences, I could not ignore these elements. I started to learn that in these rituals lies my people’s understanding of life itself. I also saw how these cultural elements survive through the damage by political movements, displaying great power. The younger generations might not hold a strong faith in it, but they still follow the traditions and the rituals. All of these naturally became a theme of my work.

The narration shifts focus from Jing Jing and new life to Zhongsheng and Shuimu and dying, being in peace with death. Yet, in the end, it is women who take care of things. What is the role of women in “My Dear Friend”? Was it inspired by your experience?

I chose to focus the narration on Jing Jing because I needed a distant POV from the outside of the two men’s relationship. Because their relationship is confusing to the people around them. Many women in traditional Chinese families act as the last protector of their family. My father passed away when I was young, and my mother worked very hard to raise me and my brother. Maybe that experience urged me to let the women “take care of things” in the end. The resilience of women inspires me, and I always find it easier to seek a sense of warmth and safety from them.

Shuimu and Zhongsheng are friends whose friendship seems stronger than if they were of kin. Yet, the knowledge of one’s roots and parents is presented as crucial, as is one’s own identity. Is that how you intended it to be perceived?

The times and contexts play a crucial role in defining relationships between people. In terms of the relationship between Shuimu and Zhongsheng, in the western context it could be received as a “friendship stronger than if they were kin,” in Southern China, people might perceive it as romantic. In a word, I cannot and do not want to define their relationship. Many aspects of the movie are intentionally vague in presentation, just like the fog in the mountains. I did that to maximize the space for interpretation.

In terms of identities, you see, in Guangdong, especially for Hakka, returning to one’s roots is a crucial concept. There is a saying in my hometown that people go to hell (the Chinese one) after they die, and there is a booklet that records people’s death. Your name has to be written in the booklet of your ancestors so that they can take you in as you die. Otherwise, you will be a lost ghost, unable to reincarnate as a human being. In such a cycle, everyone has to know “where you are from and where you are going.”

There is this scene with kid Shuimu and Zhongsheng playing at the lake. As they rest, we can see two big fish in the water. I googled a bit, and despite the best ever combo of koi fish is: “You can also find feng shui cures with two koi fish, this being a feng shui cure to attract love and fidelity.” Can you give us some more details about the outside-google significance of this scene?

I was not aware of the denotation of two koi fish in feng shui. For me, symbols come after intuition and feelings. The thought behind the scene was that in such a quiet valley, two people (fish) must feel lonely yet dependent on each other. Love bears a solemn undertone in such an environment. I think this kind of love is simpler and more touching to me. The feeling came from when I was little and used to love watching fish swimming among the water grass. Even under the sun, that scenario still gave me a cold and solemn feeling. It was probably too young an age to have that kind of feeling. Now I like to humourize things and joke around, so that is balanced off.

What is the motivation behind the immersive long takes?

The long takes are just a choice out of style. As the time-line is fragmentized, I tried to keep people from different times in the same shot.

How was the casting process for the film like?

Since the script has Cantonese, most of the casting happened in Guangzhou and Shenzhen. However, generally speaking, there were not a lot of really professional actors in the province. The casting for Shuimu was especially hard. Later, I met a friend of the producer, LU Shuyuan, who is an established production designer in Hong Kong. He has a strong desire for expression, but his tone sounds like he just recovered from some great illness. Sometimes when we were talking about a random thing, his tone would make it sound like a mystery — that is how I pictured Shuimu. We also cast some children actors. They were quite experienced in acting, but therefore it looked like it was forced. Ultimately, I chose the two boys and one girl from hundreds of kids back in my hometown. It worked out pretty well.

Are you working on anything new at the moment?

I have two filming projects in preparation right now. The goal is to get them done by the beginning of next year. Currently, it is still hard for artistic and experimental films to get support from the industry. I am able to keep moving forward because my production process is a bit different. In the future, I want to try expressing with elements from genre films.