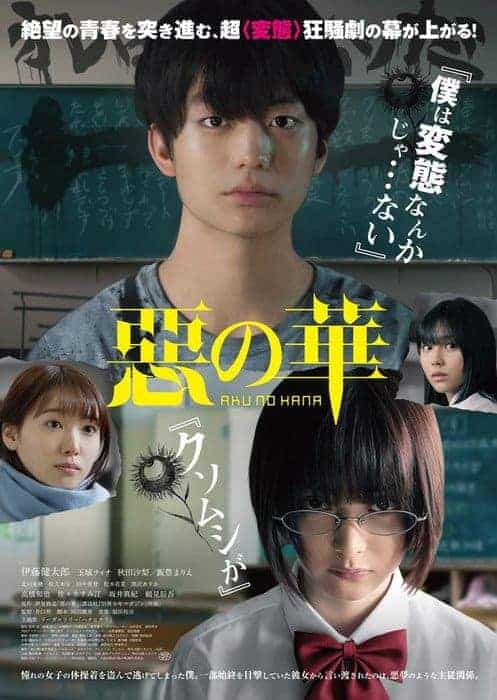 Director Noboru Iguchi best known for his over the top, practical effect showcases such as “Slaveman“, “Ghost Squad” and “The Machine Girl”, has completed production on his most recent feature “Flowers of Evil”. The production is an adaptation of the manga of the same title by Shuzo Oshimi. The twisted coming of age tale was previously adapted into an anime in 2013.

“Flowers of Evil” is set to release on September 27th, 2019 in Japan. A trailer for the production has been made available and can be viewed below.

Bookworm Takao falls in love with Nanako, but he cannot express his feelings through words. Instead he secretively acts out in a heat of passion which creates a huge scandal in his school. There is one person who knows his true nature, and this girl will do anything to nurture what this Charles Baudelaire hides. (AnimeNewsNetwork)

Film Review: The Flowers of Evil (2019) by Noboru Iguchi