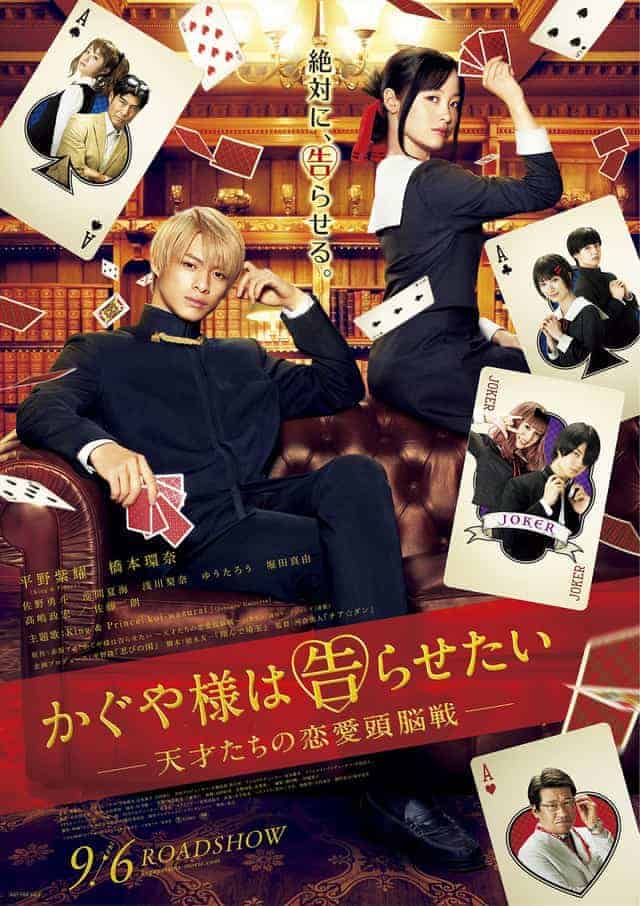 Japanese director Hayato Kawai (“Prince of Legend”, “Nisekoi: False Love”) has completed production on the live action adaptation of “Kaguya-sama: Love is War”. The production is based off of the manga by Aka Akasaka, and was previously adapted into an anime earlier this year.

The film is set for release on September 9th, 2019. A trailer for the production has been released and can be viewed below.

A prestigious private high school has students who rank academically at the top of the nation. The school’s student council president is Miyuki Shirogane (Sho Hirano) and their student council vice-president is Kaguya Shinomiya (Kanna Hashimoto). They are attracted to each other, but do not confess their feelings for each other due to their stubborn pride. About a half a year has passed since they have kept their feelings private. Now, Miyuki Shirogane and Kaguya Shinomiya think the person who confesses first will be the loser. They both think of ways to make the other person confess first.(AsianWiki)