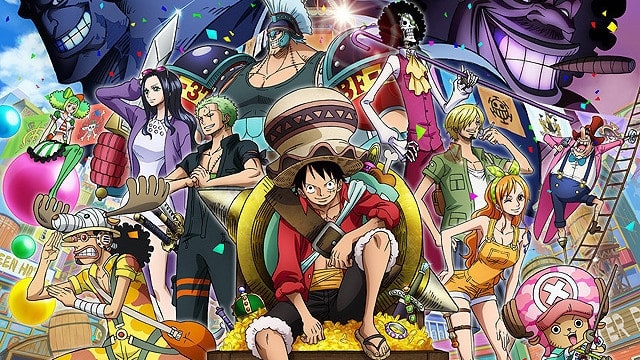 FLOWER MOUND, TEXAS – September 10, 2019. Anime’s favorite pirates are back on the big screen and set to plunder North American audiences later this year with today’s announcement that Funimation® Films, the theatrical division of Sony Pictures Television’s Funimation, has acquired the new feature length film “One Piece: Stampede” from Toei Animation, Inc. From producer Toei Animation, “One Piece: Stampede” is the 14th film from global hit “One Piece” anime series which marks its 20th anniversary this year. “One Piece: Stampede” is already a smash hit since its opening in Japan in early August – grossing more than $28.7 million to date and setting the Japanese record for the biggest opening-day audience for 2019.  Funimation Films will distribute the movie in both the U.S. and Canada this fall with theatrical dates to be announced later.

“We are so excited to bring ‘One Piece: Stampede’ to North America as part of our 20th anniversary celebration of this beloved anime series,” said Colin Decker, General Manager of Funimation. “It’s a blockbuster film that will delight new audiences and long-time fans alike,” said Colin Decker, executive vice president and general manager of Funimation.

“’One Piece: Stampede’ is a bold celebration of One Piece and its unique blend of action, humor and heart,” said Masayuki Endo, President and CEO of Toei Animation Inc. “Even among those who are new to the anime, Monkey D. Luffy and his crew are instantly recognizable pop culture stars. ‘One Piece: Stampede’ has plenty of surprises for every viewer, and we’re excited for North American audiences to participate in this important anniversary event.”

Synopsis:    One Piece: Stampede is a stand-alone film that celebrates the anime’s 20th Anniversary and takes place outside the canon of the “One Piece” TV series. Monkey D. Luffy and his Straw Hat pirate crew are invited to a massive Pirate Festival that brings many of the most iconic characters from throughout the franchise to participate in competition with the Straw Hats to find Roger’s treasure. It also pits the Straw Hats against a new enemy named Bullet, a former member of Roger’s crew.

Interview with Choi Hee-Seung: “‘Love at the Crossroads’ is… about the love triangle of my own life.”