After his feature debut in 2011 with “The Showdown”, South Korean director and screenwriter Park Hoon-jung has been working in many different genres. Similar to his colleagues, such as Kim Jee-woon, his body of work includes gangster films as well as period drama such as “The Tiger: An Old Hunter’s Tale”. His latest film “The Witch: Part I.The Subversion” is the first installment of a trilogy defined by elements of action, mystery and even horror. 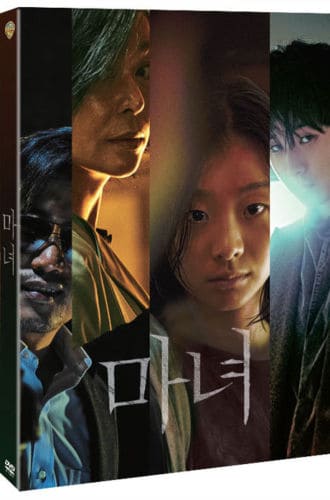 For the majority of her life, Ja-yoon (Da-mi Kim) has been living with an old couple (Choi Jung-woo and Oh Mi-hee). The couple took her in after having found her on their land dirty and exhausted but with no memory of her name or her past. Ever since then, she has been with them, going to school and taking care of her “parents” who are struggling with old age and illness.

When her friend Myung-hee (Go Min-si) talks her into applying for a talent show called “Brith of a Star”, Ja-yoon is hesitant first but finally gives in and impresses the jury with her talents as a singer. After the first broadcast, several men contact Ja-yoon claiming they know about her past and she should come with them. Among them is a young man called “Nobleman” (Choi Woo-shik) who states he knows her all to well and she should stop pretending to have no recollection of her past. However, as Ja-yoon avoids them and finds ways to evade them, they change their methods threatening to kill everyone Ja-yoon has ever loved.

Upon leaving the TV studio where Ja-yoon had her successful performance, she and her friend are introduced to a group of men waiting for them in front of luxurious black cars. Since the universal symbol for the “bad guys” does not fail to work in this case as well, the motives of the man asking Ja-yoon to be her “manager” are obviously questionable. Fittingly, his questions and offers are met with skeptical looks, even though Myung-hee is evidently “star-struck” by this display of luxury. Considering they were about to get a taxi cab back to the station followed by the crowded train back to their village, the contrast could not be more evident between their background (especially in the case of Myung-hee) and the new, urban, antiseptically shiny world of the rich and the ruthless.

On the surface, movies like “The Witch Part I. The Subversion” serve as efficient genre vehicles. The fast-paced action scenes, the scenes of (teenage) drama and the magnificent fight choreography have become something of a trademark of modern South-Korean cinema starting with Park Chan-wook’s “Oldboy”. However, as with his previous works, Park Hoon-jung also stresses something more sinister at the core of this world which seems fictional, but at the same time so very close: the existence of social layers and gaps which define our lives.

Within the definition of the teenage drama which is partly what Hoon-jung’s film is about, the most obvious gap is between the young and the old. Most of the young in this movie have created a certain distance to the world of the older generation, a fact highlighted by their special abilities as well as their tendency towards violence. At the same time, the old have realized their growing inability to control and domesticate the young, making it essential for them to supervise and capture characters like Ja-yoon. In many ways, the act of re-establishing her memory is a confirmation of this status quo, or at least this is the plan of the ones holding the reigns in this world.

The most fascinating aspect of the film is, of course, the character of Ja-yoon played by young actress Da-mi Kim. Through a blend of her empathy as well as her willingness to be recognized by the outside world, her character, not only becomes believable to the viewer, but has to be seen in the context of a wider tradition of teenage characters. Whether or not her pursuers are right about their suspicions concerning her origin, she seems like a re-interpretation of the young teenage mutants in the “X-Men”-franchise or Saoirse Ronan’s Hanna from the movie of the same name. In typical fashion the ultimate act of freedom is going beyond the aforementioned borders, the attempts to be controlled by outside forces and realize your full potential. Essentially, this may not be a unique thought, but given its genre framework and action-packed presentation, it is nevertheless quite entertaining. 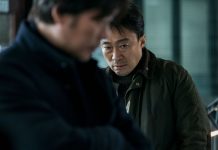