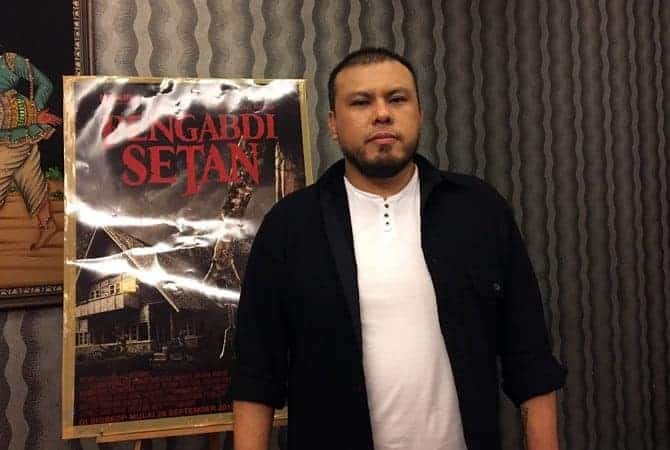 Tara Basro is a permanent addition to your latest works. How come? In general, what was the casting process like for the film? Was it difficult to direct the children actors, particularly in the scary scenes?

In “Satan’s Slaves”, Tara went through audition process like everybody else. The casting process was quite difficult, especially finding the child actors and the one to fill the dad character, because good actors above 50 years are not that many in Indonesia. Like in any other project of mine, I auditioned the actors myself. That way I can get to know them better, at early stage and to find out if an actor posses the qualities needed for a character. It saves time during pre-production.

I love directing child actors, or non-actors in general because they don’t have pre-existing beliefs on how acting should be, thus they are easier to direct. During the shoot of “Satan’s Slaves”, it wasn’t difficult at all to direct child actors because I set up the shoot like a game.

How come you decided to have Fachry Albar in the film and how why did you decide to include that last scene?

The film retains a rather retro essence, both in terms of narrative and production values. Why did you choose this approach? In general, what do you think makes a film truly horrific?

Inside this extreme setting, you still managed to include some humor, (you playing the record label owner, the last scene, Ayu Lakshmi as the singer with ties to a cult). Why do you always do that in your films?

Because comic reliefs are always good. Endless dread is tiring.

Can you tell us a bit about the location of the film?

We found the old house in West Java, built during the Dutch occupation in early 1900s, after 3 months scouting for location. Locals believe the house is haunted. When we stepped into the house for the first time,

we were shocked because the house plan looked exactly like we had on script, the number of rooms and how they were located, exactly the same. When we first found the house, it was in a very bad shape and abandoned. We had to renovate it to make it safe.

How was the shooting like? Any memorable episodes, good or bad?

We shot  an average of 25 scenes a day, for 16 days in West Java, then two days in Jakarta. Everything went fast but very well planned. We shot mostly in chronological order because I want the actors to follow the story like the audience would. But everybody seemed to have fun.

The film left much material for a sequel. Is that in your plans?

In general what other projects are you dealing with at the moment?

I am working on a feature for next year. A genre that I have never done before.