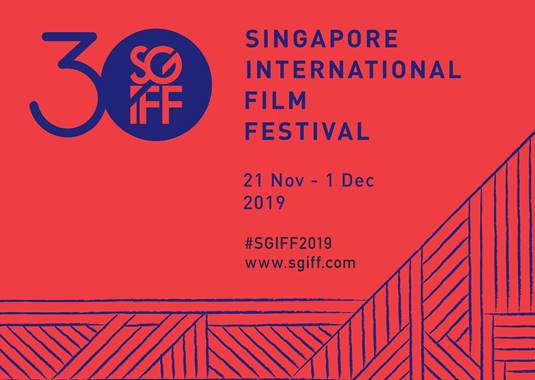 The 30th Singapore International Film Festival (SGIFF) announced its full Festival line-up at the Shangri-La Hotel today, staying true to its roots as a discovery ground of the spirited stories in Southeast Asia, an enabler to the regional filmmaking scene and talents, and a tastemaker of global developments in cinema.

A leading international film festival in the region and part of the Singapore Media Festival (SMF), SGIFF will present a dynamic array of over 90 films by auteurs from 40 countries that take the pulse of Asian and international cinema.

SGIFF’s Programme Director, Kuo Ming-Jung said, “In the past year, captivating stories told by brilliant filmmakers have unfolded in varying styles and genres across the global cinematic landscape. As with our line-up each year, we hope to bring distinctive films from around the world to the audience, while staying committed to the strong belief in giving a voice to our own stories that reveal the texture of life in Singapore and the region.”

A conduit to appreciating stories around us

17 Singapore films have been selected for screening at the Festival, with four shorts nominated for the Silver Screen Awards’ Southeast Asian Short Film competition, including ADAM (2019) by Shoki Lin as well as Jerrold Chong and Huang Junxiang’s Piece of Meat (2019), which premiered at the 2019 Cannes Film Festival. The Singapore Panorama section will feature five features and five shorts, including the Southeast Asian premiere of the first two episodes of Invisible Stories (2019) by Ler Jiyuan for HBO Asia on the untold stories from the heartlands in Singapore, and the world premiere of Unteachable (2019) by Yong Shu Ling who spotlights the country’s results-oriented education system.

In addition, the Festival will present Special Programme: Contemporary Vietnamese Shorts that reveal Vietnam’s diverse talents and growing role in shaping the Asian film landscape under the Asian Vision section. This includes short/cut (2019) by filmmaker Ostin Fam, a recipient of the SGIFF Southeast Asian-Short Film Grant (SEA-SHORTS) under the inaugural SGIFF Film Fund, and Blessed Land (2019) by Pham Ngoc Lan, an alumnus of the Festival’s Southeast Asian Film Lab.

Film lovers can also revisit two modern gems by Asian masters and delight in the legacy of cinema with our Classics section. This include Memories of Murder (2003) by Palme d’Or winning director Bong Joon-Ho, which traces his masterful blend of genre and social observations; and the newly-restored Flowers of Shanghai (1998) by Asian legend Hou Hsiao-Hsien that rightfully demands its place on the big screen with its delicate storyline and breathtaking cinematography with scenes lit only by period oil lamps.

Experiencing the magic of cinema with SGIFF’s Special Presentations

In addition to Wet Season (2019) by Anthony Chen as the opening film, the Special Presentations section includes Downton Abbey (2019) directed by American filmmaker Michael Engler with a screenplay by Julian Fellowes. Starring Michelle Dockery, Maggie Smith and Joanne Froggatt, the film will see the Crawley family from the beloved series hit the big screen to prepare for the most important moment of their lives. Myanmar-born, Taiwanese filmmaker Midi Z returns to the SGIFF since The Road to Mandalay (2016) with his latest acclaimed psychological thriller, Nina Wu (2019). The film with eight nominations at the 56th Golden Horse Awards stars Taiwanese actresses, Wu Ke-xi, Hsia Yu-chiao, and Sung Yu-hua, and is a timely exploration of the dangerous games played in a competitive field of filmmaking. Joanne Froggatt from Downton Abbey as well as Nina Wu’s Director, Midi Z, and actresses Wu Ke-xi and Hsia Yu-chiao will be gracing the red carpet during the film premieres on 22 November and 24 November respectively at the Capitol Theatre.

To commemorate the Festival’s landmark edition, it will also close with a 30th Anniversary Special Presentation screening of The Truth by Palme d’Or Japanese filmmaker Hirokazu Kore-eda on 1 December. Kore-eda’s first film out of Japan, this latest feature presents a unique taste of France as it tells the story of prima donna actress Fabienne (played by Catherine Deneuve) whose newly published memoirs are challenged by her daughter, Lumir (played by Juliette Binoche).

Tracing the careers and recognising our film talents

The SGIFF will present this year’s Honorary Award to acclaimed Japanese filmmaker, Takashi Miike, who is known for his innovative, uncompromising and genre-bending aesthetics. With over 100 films (and counting) under his belt, including notable works such as Ichi the Killer (2001), 13 Assassins (2010), and Yakuza Apocalypse (2015), he will also present his latest drama feature, First Love, at the SGIFF after its screening at Cannes’ Directors’ Fortnight.

Refreshed for the 30th SGIFF, the Cinema Icon Award will be conferred to distinguished Chinese actress, Yao Chen, for her outstanding achievements in bringing Asia’s story to life on screen. Also a recipient of the Best Actress Award at the Asia Contents Awards by the Busan International Film Festival, Yao will present Send Me to the Clouds (2019), the first film which she stars in and is a producer of, at the SGIFF under the new Filmmakers Present section. This is alongside early shorts of Hong Kong filmmaker, Pang Ho-Cheung, and Star Trek (2009) as Academy Award winner for special effects makeup, Barney Burman, brings the audience into the ingenuity of prosthetic effects.

The SGIFF will also confer the third ‘Inspiring Woman in Film Award’, Presented by Swarovski to actress Yeo Yann Yann. A versatile artist, Yann Yann has built a successful career across the mediums of film, television and theatre. For her performance in Cannes Camera d’Or winning Ilo Ilo (2013) by Anthony Chen, she was awarded a Golden Horse Award for Best Supporting Actress at the Asia Pacific Film Festival, and Best Actress Awards in India, Russia and Dubai. Yann Yann has also been nominated for Best Leading Actress at the 56th Golden Horse Awards for her role in Wet Season (2019). Swarovski’s partnership with SGIFF to create the award is part of its longstanding commitment to supporting emerging talent and championing women’s empowerment.

Executive Director of the SGIFF, Yuni Hadi, said, “This landmark edition is dedicated to our community of filmmakers and audiences, be they new or have grown with us over the years. We remain true to our mission to champion the spirit of independent cinema through our film screenings and nurture the next generation of storytellers through the SGIFF Film Academy. In particular, we are appreciative of the many filmmaking talents who have come on board to share their expertise and exchange perspectives with our local community, including Anurag Kashyap and Dito Montiel who head the jury for Asian Feature Film Competition and Southeast Asian Short Film Competition respectively. Their participation and the resulting conversations enable us to continue uncovering the different facets of storytelling and celebrate the diversity of voices through cinema. We look forward to sharing more cinematic moments with everyone as the Festival grows from strength to strength.”