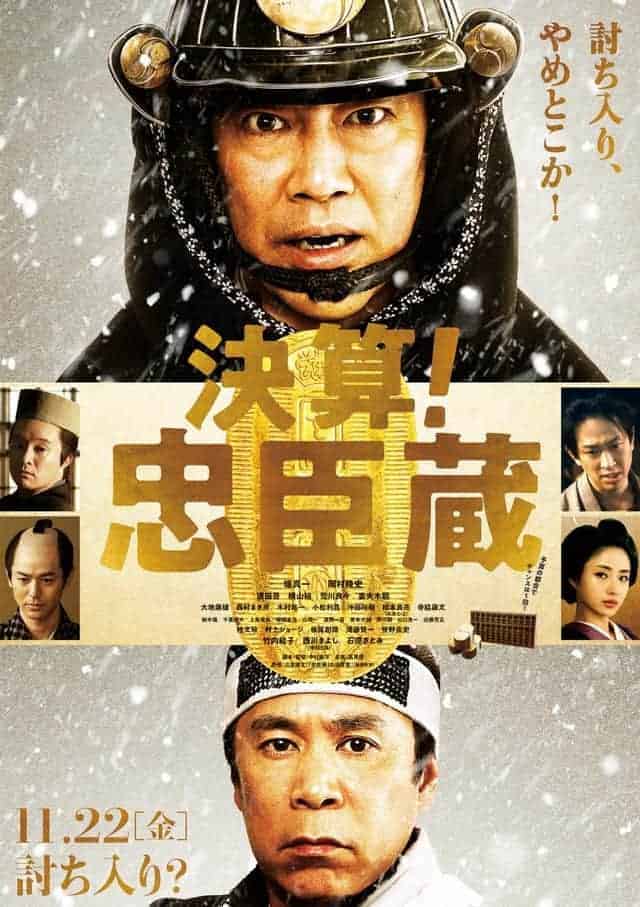 Japanese director Yoshihiro Nakamura (“The Foreign Duck…“, “The Snow White Murder Case“) has completed production on his most recent comedy “The 47 Ronin in Debt”. The film stars Shinchi Tsutsumi (“Monday“, “One Missed Call”) as a Ronin hungry for revenge, but lacking the budget to execute his plans.

The films is set for release in Japan on November 22, 2019. A trailer for the production has been made available and can be viewed below.

Takuminokami Asano is a handshu (lord) and he is ordered to kill himself due to a scheme by Kozukenosuke Kira.

Having no time to mourn his lord’s death, Kuranosuke Oishi (Shinichi Tsutsumi) decides to take revenge on Kozukenosuke Kira. Kuranosuke Oishi plans an attack with the help of accountant Chosuke Yato (Takashi Okamura), but they don’t have enough in their budget. (AsianWiki)

Film Review: The Foreign Duck, The Native Duck and God in a Coin Locker

The Foreign Duck, The Native Duck and God in a Coin Locker coming to DVD