“Yakuza Papers” pentalogy has reached the status of cult since many years, particularly for the combination of realism in the presentation of Yakuza and exploitation aesthetics. The second part of the series tones down the first aspect (the writer, Kazuo Kasahara admitted he had to make sacrifices in the story in order to please the audience) and instead invests in the second, which is heightened even more by the presence of Sonny Chiba and Meiko Kaji in the cast. 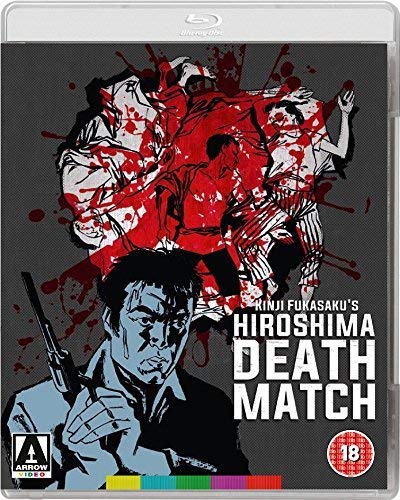 This time, Hirono’s story is pushed to the background, and the focus lies with two new characters that eventually become adversaries. The first one is Yamanaka, who, after a fight with the yakuza, ends up in prison where he befriends Hirono, before becoming a member of the Muraoka family and starting a relationship with the boss’s niece, Yasuko. The second one is Katsutoshi, a man considered paranoid even among the sociopathic yakuza, who is kicked out of his own father’s family for causing problem with Muraoka, and ends up aligning with Tokimori, eventually becoming an enemy to both Hirono and Yamanaka.

These two new characters add much to the context of the film, since both of them appear to be “mad dogs”, particularly Katsutoshi, whose violent tendencies seem to stop nowhere, even before the press. On the other hand, Yamanaka seems to have a distinct death wish as the film begins, but his relationship with Yasuko changes him significantly. In that regard, the film benefits the most by the casting. Sonny Chiba as Katsutoshi gives a truly intense performance in the role of a “dangerous clown”. Kinya Kitaoji highlighs his inner struggle and hopelessness in the best fashion as Yamanaka, and the more-beautiful-than-ever Meiko Kaji depicts the inability of women to have even a shred of own will in the utterly male-dominated world of the Yakuza, in the best way.

The fact that both their characters are short-tempered and reckless is the main medium of the action-driven style of the segment, with the violence and the intensity being, in essence, non-stop. The image of Katsutoshi using his gun from extremely close distance is one that will definitely stay in mind, along with Chiba’s wonderfully hyperbolic performance. Shintaro Miyamoto’s editing implements this frantic rhythm in the best way, with the pace only stopping briefly to give some more info about what is happening off screen. Sadaji Yoshida’s cinematography highlights the location and particularly the “undergound” settings with a combination of artistry and realism that frequently highlights the claustrophobic world the Yakuza inhabit.

This action-oriented narrative, however, takes its toll on the story, which does not reach the eloquence of the first part, with the lack of Hirono’s (and subsequently Bunta Sugawara’s) presence detracting from the overall contextual impact of the film.

On the other hand, Fukasaku still manages to make a very pointy comment among all this chaos, stating that the connection between the Yakuza, the local politicians, and the police was very tight, and that it might have continued like that, if not for a number of trully paranoid individuals, like Katsutoshi. The breaking of these ties would be better explored in the next segments. At the same time, the motifs of brotherhood, duty and own will are here once more, creating a number of contradictions that highlight the very thin rope these men had to walk in order to avoid both disgrace and death.

“Hiroshima Death Match” is probably the most commercial film of the pentalogy, but fans of exploitation will have more fun with it than for any of the other segments, and that is where its foremost value lies. 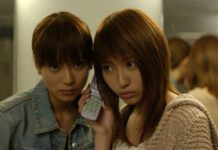