HBO Asia’s, the Asian arm of the American premium TV channel, first venture into the world of wuxia, focuses on one of the most iconic Chinese folk heroes, Beggar So, whose most famous appearance on cinema was on “Drunken Fist”, one of Jackie Chan’s best movies. 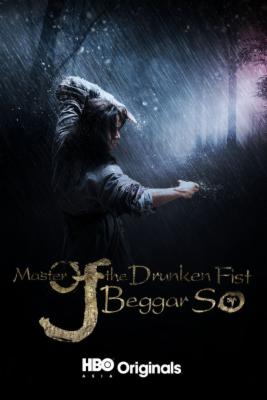 So Chan is the somewhat spoiled and arrogant son of a wealthy merchant, but also happens to be one of China’s top military scholars, during the Qing Dynasty Tongzhi era. When the new emperor is appointed, he summons all military scholars in order to choose the one that will lead the empire’s army, and So Chan is among the candidates. However, and due to a chance encounter and subsequent fight with a beggar he stumbles upon in the palace, and the scheming of the Chief Eunuch Song Fok- Hoi, So Chan ends up injured in the streets, abandoned by everyone, despite the fact that he was initially chosen for the position. Furthermore, his parents estate is also attacked, and the only place he manages to find solace, is in the Beggar Sect, an underground organisation headed by Lau Pak-Gwai, who happens to be the man he fought in the palace. Inside the sect, So Chan will learn of the martial art of the Drunken Fist, fall in love with Lau’s daughter, Yoke Long, and eventually challenge Song Fok- Hoi.

Guo Jian-yong, a veteran action choreographer on films including John Woo’s “Red Cliff” and “The Transporter” series that starred Jason Statham, directs a film similar to the classic wuxia titles, with the exaggerating acting, the slightly nonsensical plot, and the impressive action scenes. However, his film differs from the traditional way of the wuxia, both in a positive way and a negative. The positive one is that script is more coherent, and has a linear progress, that may be exaggerated at times, but avoids the reef of becoming nonsensical. The negative is that Guo is trying, quite frequently, to draw sentiment, through a number of melodramatic sequences, which are a bit misplaced and hyperbolic, with the exaggerated use of music also intensifying this feeling. Furthermore, this tendency cuts time from the action scenes, which are quite well choreographed and, in general, very impressive, in a tactic that faults the film.

The acting is also quite good for the genre, with Jun Cao being a very fitting protagonist, as he manages to be convincing in the majority of the scenes of a rather demanding role. The same applies to Zhi Hui Chen, who plays Lau Pak-Gwai in very entertaining fashion. The one who stands out, though, is Ming Yang Jiang as Song Fong Hoi, who makes an outstanding villain, both in acting and appearance.

The overall production is impressive, and highlights its big budget, particularly in the presentation of the era and the various settings, especially since we are actually talking about a TV movie.

“Master of the Drunken Fist: Beggar So” has its faults, but considering this is HBO’s first try in the genre, I would say it is an effort worthy of support, particularly among wuxia fans.

“Master of the Drunken Fist: Beggar So” is available for streaming on Amazon