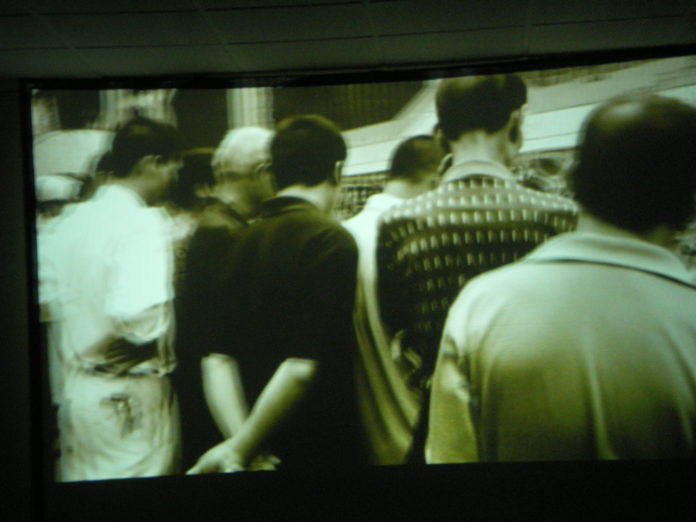 “The Debts” written, directed and produced by Wiseman Wang is set in a small town in China. It focuses on a breakfast shop owner named Goy and his girlfriend. Goy somehow purchases a lottery ticket. This isn’t shown on screen but left to the viewers to understand based on a conversation at the marketplace. He wins the lottery ticket and then learns that it was not registered, which leads to confusion. The agent must then pay the lottery winner on her own and turns to her husband for help, who in turn, turns to someone else. This sees a cycle emerge as everyone tries to collect their debts. The story has weight and is quite amusing when you recall that one scene. It reminded me of the saying, “a circle has no beginning. “

Realism is a core part of this film and it is shot with a handheld camera of poor quality. This further enhances the small town feel this production aims to convey to the audience. Unfortunately, this comes at the cost of a proper focus on the screen. At times, the image seems blurred, which is one of the many distractions. The editing serves as the film’s biggest distraction. The umpteen jarring jump cuts can alienate audiences who are willing to plow on through this grainy documentary-styled “film.”

We see the lead couple getting ready in the morning. The focus is on Goy’s girlfriend who is combing her hair. An abrupt cut later, the camera just moves closer to her and she is doing the same thing. Then we get another abrupt cut to the roads, to different places in the market.

The film showed us a bit too much about the place in the first few minutes. There are just too many shots about the market which get very irritating, especially the ones after we get introduced to the lead characters and we are expecting the film to move along sans what audiences accept as shots which introduce a location. The transitions too were poor and the shots felt abrupt.

Halfway through the film, fade-outs were used before the jarring jump cuts resumed. At times it seemed as though the editor was instructed to squeeze as many irrelevant transitions into the film as possible. There is a scene that sums up the cycle in this film. It manages to get the audience up to speed with what is going on. That too is followed by an irrelevant cut to a character sipping from a cup for about 2 seconds.

The framing too is shoddy. Lead characters, while speaking are out of the frame. In one scene, this happens to Goy whose temple is somewhere above the top of the frame. Later on, two characters sit and talk on a boat along the shore and here there is a lot of space on the left of our screen and the right one character’s arm is cut off.

In the dialogue scenes, the issue is even more severe for the moment the camera cuts to an over-the-shoulder shot of the person speaking to the screen, it seems as though they are mid-sentence and the initial part has been omitted.

The editing distracted me. Any rhythm I attempted to form whilst watching this film was disrupted by its shoddiness. I was unable to focus or pay attention to the acting or even the story which managed to introduce quite a bit, such as corruption, China’s one-child policy, extramarital affairs, other illegal activities and its realism. At times I felt as though I was watching a stop motion film. I wish that this had spent a bit more time in the editing phase. Ideally, they need to re-shoot large portions of this film as on first watch, IT IS ABYSMAL.