The last part of the “Tales from the Dark” omnibus, which consisted of three parts by different directors based in Lilian Lee’s works (“Farewell my Concubine” is her most famous work), was actually the best by far, proving that Fruit Chan, who was far from his best form at the time, “still got it”. 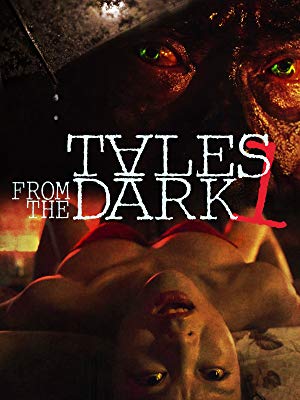 The story revolves around Chu, an elderly, quite different fortuneteller, who draws her income by smacking photographs of the people her clients hate, in a process that, supposedly, will lead to extreme harm for them. The night the story takes place in starts quite nicely for her, since a rather vengeful rich woman gives her a lot of money to hurt a number of women. However, it soon turns into a nightmare for Chu, as a rather unusual customer, looking like a teenage girl becomes her last for the night.

The way Fruit Chan builds the horror is masterful, for the way the events escalate towards violence, for his use of humor (Chu’s “lyrics” are hilarious), and for the way he manages to include a number of social and philosophical comments in a film that could have easily been void of any context. Regarding the last aspect, Chan deals with themes like vengeance, superstition, and guilt, also highlighting the fact that violence always bears more violence, not only for those who commit it but also for the ones sitting idly when it occurs to others.

An excellent Susan Shaw highlights all the aforementioned in the best fashion through a rather nuanced performance, while Josephine Koo is truly convincing in the role of the rich woman.

However, the aspect the movie truly thrives upon is its visuals, with Fruit Chan’s regular DP, Lam Wah-chuen doing a great job in presenting people, policemen, ghosts, rituals and gruesome murders with equal artistry, while a number of violent scenes will definitely linger on mind due to their grotesque originality.

“Jing Zhe” is a testament to Chan’s directorial abilities and, probably, the best reason for someone to watch “Tales from the Dark”.